Businessman and Democratic Party fundraiser Vin Gopal of Long Branch has submitted his name to Monmouth County Democratic Committee Chairman Vic Scudiery to screen at tomorrow’s convention for the office of Assembly in the 11th Legislative District.

“When learning about the makeup of this new legislative district, it energized me because I have ties to every end of this district,” Gopal said in his letter to the chairman. “I was born in Neptune, I spent my childhood in Freehold and I grew up in Colts Neck, where I was a volunteer EMT with the first aid squad and was very involved in town. I went to high school in Tinton Falls and after graduating from Penn State University, lived in West Long Branch. I now reside in Long Branch.

“I currently serve on the Board of Directors of the Northern Monmouth Chamber of Commerce where I recently chaired the chamber’s Government Affairs Committee. I was also elected to a three-year term as President of the Hazlet Business Owners Association in 2010. I proudly own and operate several small businesses in Monmouth County, including a retail store in Hazlet and a chain of community newspapers and magazines throughout Monmouth County. In addition, I am proud to serve as a member of the board of trustees for Big Brothers, Big Sisters of Monmouth and Middlesex Counties as well as a member of the Bayshore Community Hospital Leadership Council. I also serve on the Advisory Board of New Leaders Council – New Jersey. I believe my experience as a small business owner committed to my community will make me a valuable addition to the New Jersey General Assembly.” 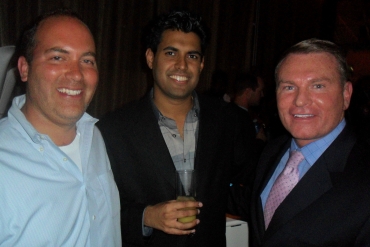