Preparing for battle, state Sen. Robert Gordon (D-Fair Lawn) said he is pleased to endorse Maywood Mayor Timothy Eustace for the vacant Assembly seat in the new 38th forged out of redistricting and the subsequent retirement announcement of Assemblywoman Joan Voss of Fort Lee.

“Assemblywoman (Connie) Wagner and I interviewed a number of candidates, including (Hawthorne Democratic Committee Chairman) Jeff Gardner, and certainly we were very impressed with him – his energy and his organizational skills,” said Gordon.

“But we were equally impressed with Tim Eustace, who’s been an elected official for ten years, and who’s won four elections,” the senator added. “He will deliver a lot of votes for us in Rochelle Park and Maywood.”

Profesionally Eustace has been a practicing chiropractor in the area for ten years.

Redistricted into eight new towns and on a short runway to Sunday’s convention, Gordon said, “We certainly have a challenging district, but it is an eminently winnable district. We looked at the numbers and Democrats have a history of winning these towns.”

Republican Freeholder Chairman John Driscoll of Paramus told the Bergen Record Wednesday night that he intends to challenge Gordon in the reconfigured 38th and wants the support of the Bergen County Republican Organization.

“We will win this district,” he said. “All three of us are going to mount a shoe leather campaign. This is not the first difficult race I ever had. In 2003 our Assembly race was among the most competitive races in the state. We’re looking forward.

“I would not be surprised if the GOP throws a lot of resources in here, and we will be out there running on our record.” 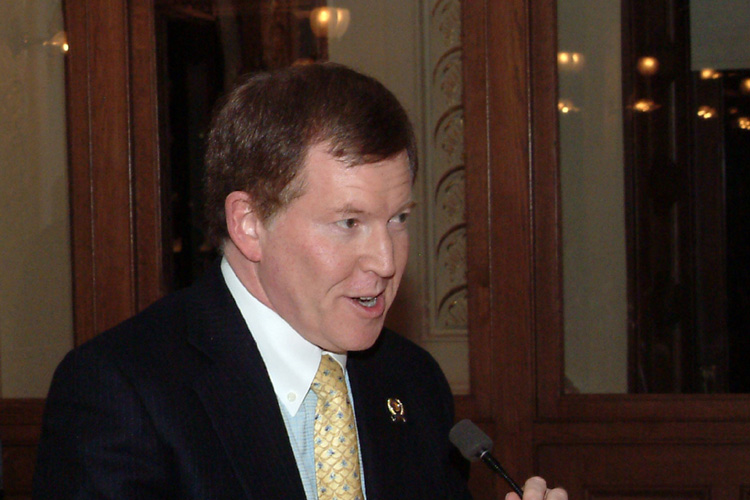