“I’d like to thank Reverend Al Sharpton for visiting our beautiful county today,” Greco said in a release. “It’s always good when folks pay us a visit.

“For Al Sharpton to come here and say it’s wrong for governors to ‘balance their deficits on the backs of the working class’ proves how little Mr. Sharpton knows about this issue. Amazingly, Freeholders Jane Jannarone and Jim Dunkins, who according to press reports attended the protest, were oblivious to the facts and forgot to explain to Reverend Sharpton that this was an issue in 2009 when members of AFSCME protested in front of the Developmental Center when then-Governor Corzine wanted to close it.”

Greco said the Democrat freeholders apparently didn’t bother to advise Sharpton that Assemblyman Lou Greenwald (D-Voorhees) proposed reducing the Developmental Center’s population by 80 percent in preparation for full closure a couple of years ago, which would have led to massive layoffs. 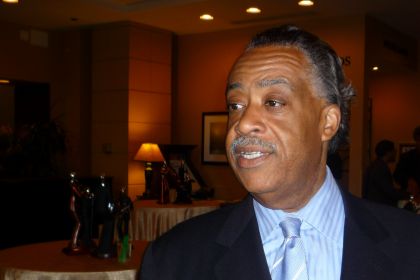