In the truest sense of the term, it was $4.1 million in hospital stabilization funding, said Hoboken Mayor Dawn Zimmer, that allowed Hoboken to move the oldest hospital in the state – and the only city-owned hospital – into the private sector.

The Hoboken Municipal Hospital Authority (MHA), a commission assembled to oversee the management of the hospital, approved the sale of Hoboken University Medical Center (HUMC) to the cross-county owners of Bayonne Medical Center this week. Zimmer said it achieves “two very important goals:” 1. Freeing the city from liability for a $51.6 million bond, the only thing that was propping up the struggling medical center; and 2. Ensuring that a viable acute care hospital remained in the mile-square city for years to come.

She accomplished both by effectively restocking the MHA board with responsible allies when she took office who negotiated this deal relieving the city from a significant financial burden should the money-losing hospital have faced closure – which it flirted with two years ago.

“This is a tremendous opportunity for the hospital and the city of Hoboken,” she told State Street Wire Friday. “We really reached a milestone with this agreement.”

The specifics of the deal, reported by Beth Fitzgerald of NJBIZ, include the Bayonne group taking on the $51.6 million bond, paying the hospital authority $19.2 million for hospital assets, and investing $20.9 million in facility upgrades.

Zimmer said it also includes a 7-year contract keeping the facility open as an acute care hospital, although the Bayonne group, HUMC Holdco, will tilt toward assisted living and long-term care services.

“They’ve committed to make an investment in the hospital,” she told concerned doctors, nurses, and staff at the hospital the day after the sale went public. “That’s something that the city of Hoboken could not do.”

One of the biggest concerns of the Hoboken community when word got out that the Bayonne group was in exclusive negotiations with the MHA was whether Bayonne Medical Center’s out-of-network model would be brought to Hoboken.

Zimmer said the group “committed to negotiating with all of the managed care companies” that HUMC is currently engaged with, essentially staying in-network.

The sale requires the state Department of Health and Senior Services to approve a “certificate of need,” which Zimmer hopes to have over the summer or in the fall at the latest. “They are supportive of this,” she said of the state officials.

She went all the way to the Governor’s Office to advocate for hospital stabilization funding from the administration last year as the process to find a buyer for the hospital was under way, but not yet complete.

“We’re the model for stabilization,” she told Gov. Chris Christie’s staff, even after Christie publicly downplayed the likelihood of the hospital bridge-funding existing as it did under Gov. Jon Corzine. Corzine’s administration dumped millions of dollars into a Hudson County hospital network that many say is overpopulated by one facility.

Even Christie’s transition team pointed out Hoboken as a facility very likely to shut its doors any minute. Their January 2010 report claimed that $7 million in stabilization funds given to HUMC was a waste of state resources since the hospital was going to be closing in a few months.

This prompted HUMC V.P. and state Assemblywoman Joan Quigley, (D-33), of Jersey City, to respond: “It’s like a doctor walking down the street and saying you [pointing], you have three months to live.”

Since then, Zimmer said the privatization efforts of the MHA proved to Christie that the stabilization funding wouldn’t be in vain, which netted $4 million this year.

The stabilization funds were created in 2008 and first awarded in early 2009.

The Corzine administration received requests for $143.6 million in funding that year, but approved $44 million, half of which ($22 million) was granted to Jersey City Medical Center. Five other hospitals across the state shared the remainder.

In late 2009, another $40 million was dished out before Christie took office, $21 million of which was granted ($7 million each) to three Hudson County hospitals: Jersey City Medical Center (JCMC), Christ’s Hospital (Jersey City), and HUMC.

It was the last $7 million that ticked off the Christie transition team.

But Christie continued the payout, issuing $30 million for hospital stabilization his first year in office. Of that, the administration allocated $14.1 million for Hudson County hospitals: $3 million for JCMC; $4.1 million for HUMC; and $7 million for Christ’s Hospital, which insiders said may be the next facility in the north to be changing hands. 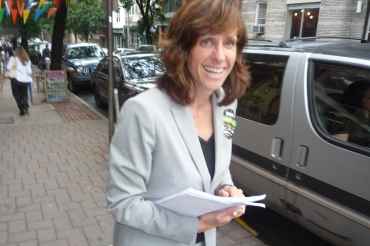