After vowing to hit redistricting head on with a move to Princeton that would keep her in the 16th District, Assemblywoman Denise Coyle, (R-16), of Bernards Township today announced that she is withdrawing her candidacy for re-election.

Below is her full statement…

“I am announcing today that I have withdrawn my candidacy for re-election to the New Jersey Assembly.  I will leave the Legislature upon completing my current term in December.

“The new redistricting map created a great deal of uncharted territory and I initially believed I could re-locate into the newly drawn 16th Assembly District.  However, after reviewing the logistics and the realities of the current housing market, it is clear that a move is not feasible for me and my family.

“I have been honored to serve my constituents for the past twenty years, first as a mayor, then as a freeholder, and now as a member of the Assembly.  I appreciate the unfailing support and encouragement I have always received.  I am especially grateful to the Somerset County Republican Organization, my running mates, and all four counties in the newly created district for supporting my run for re-election.

“I am proud of my record in public office and what we have been able to accomplish.  I look forward to continuing to serve my constituents.  I believe in public service and have been truly honored to represent the people of the state of New Jersey.”

Following a tearful speech at the GOP convention last week and pledging to move to continue to serve her constituents, Coyle filed to run again on Monday.

By Thursday, she realized she couldn’t make the move, prompting Somerset County Republican leaders to stage an early evening conference call to choke down the news. 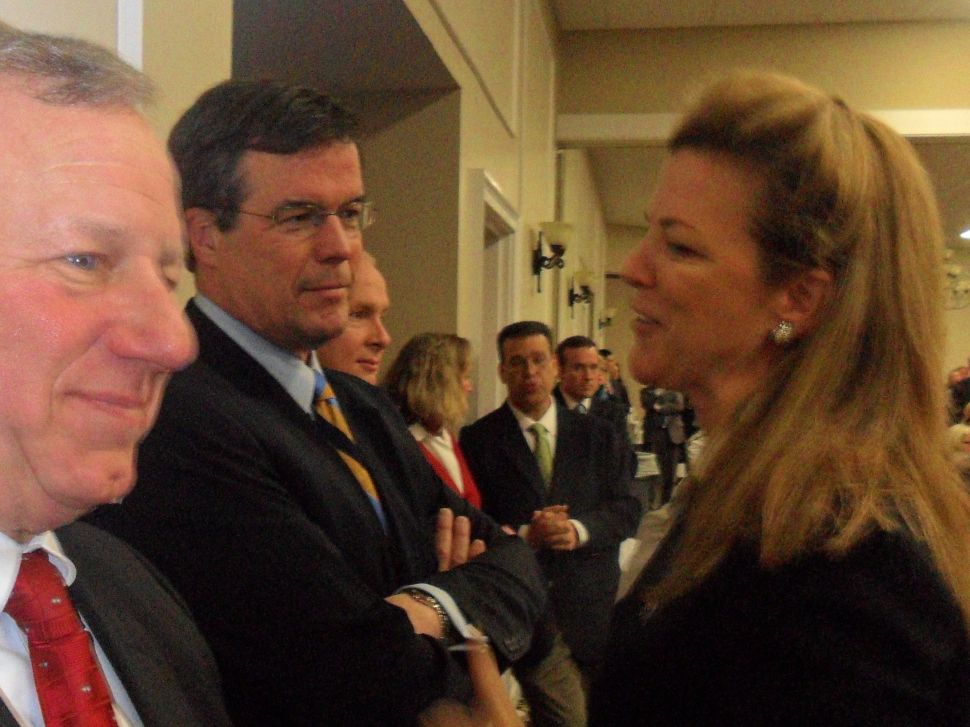