TRENTON – The majority of the Department of Labor and Workforce Development funds flow from the federal government, so they’re not going to take as much heat in front of the Assembly Budget Committee today since the state’s dollars aren’t invested – not like this morning’s Department of Human Services hearing. But everybody is interested in jobs, jobs, jobs.

“Efforts to bolster the economy are taking hold,” said Labor Commissioner Harold Wirths, but unemployment levels are still too high.

The state and local authorities eliminated 30,000 government jobs last year, reducing the ratio of public employees to private employees to14.7 percent. In comparison, Wirths said, Pennsylvania has an 11 percent public share of the workforce.

“We’re going in the right trend,” Wirths said. “We don’t want to see anybody losing their jobs, but the good news is government is getting smaller.”

Greenwald asked, “What are we going to do to train them to put them in the private sector?”

The Department of Labor is pursuing a federal grant to re-train those individuals for future employment, Wirths said, plus there are already  federally-funded job training programs in Atlantic, Passaic, and Essex counties.

Greenwald also cautioned the state to better-targeted layoffs: “We obviously overshot that target,” he said, given that some cities and counties are now rehiring laid-off workers.

But Wirths reminded Greenwald that the Labor Department deals with the back end of that problem, not the front end; local authorities approved the layoffs.

Otherwise, the state increased the private sector workforce by 1,700 employees between February 2010 and February 2011.

The chairman also chided the department for returning its committee questionnaire regarding its portion of the budget today at 1:30 p.m.

“That’s not helpful to the committee,” Greenwald said. “It’s not acceptable and I don’t want to see a trend start with the other departments.” 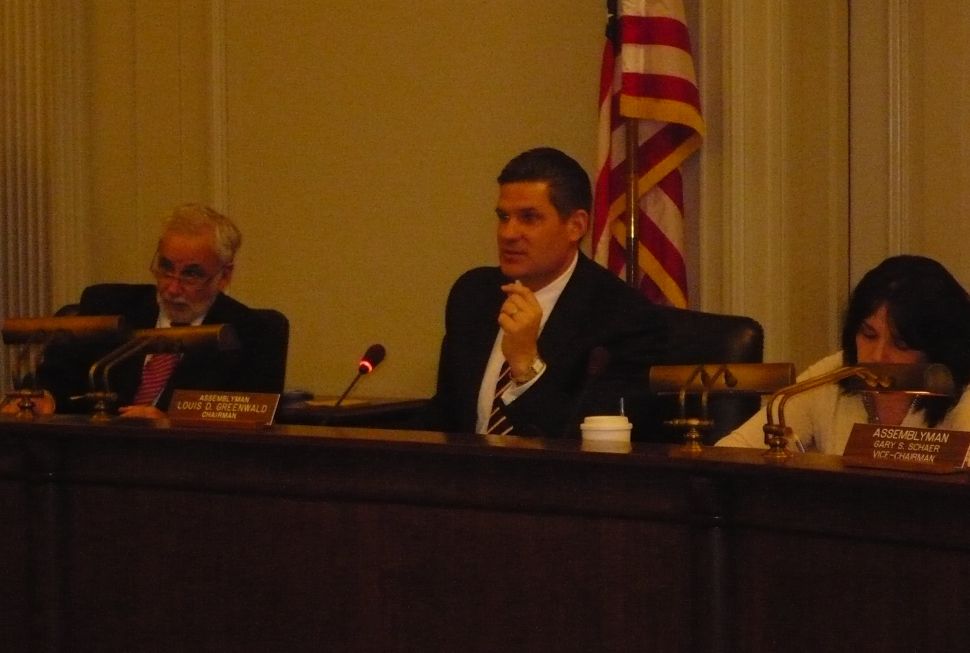