PASSAIC – Ridgefield prosecutor Marlene Caride made the rounds of Democratic Party leaders in Bergen and Passaic in pursuit of what will be a vacant 36th District Assembly seat.

In the process, she landed the endorsement of Passaic Mayor Alex Blanco, leader of a 72% Hispanic city and the urban complement of the otherwise suburban 36th District.

“I read your resume, and yours is a similiar story to mine,” Blanco told Caride when the pair met in the mayor’s conference room.

“The first Dominican American mayor,” said Caride, who was born in Weehawken to Cuban immigrant parents and grew up in Ridgefield, and whose law office is located  in Union City.

“I feel proud to meet you,” Blanco said.

“She’s the product of an immigrant family who’s triumphed in the face of all the familiar barriers, including language,” said Blanco. “She is going to represent the diversity of the City of Passaic and of the 36th District.”

PolitickerNJ.com asked Blanco if that was an endorsement and he said, “definitely.”

“This is a community with a large Hispanic population and I can relate to them,” Caride told PolitickerNJ.com. “It’s not just the Hispanics either. I’m a businesswoman and I know the problems everyday people face.”

The acceleration of the Democrats’ Caride option came as the Minority Coalition threatened to sue unless Democrats increase the number of minorities in the legislature in keeping with the designs of Prof. Alan Rosenthal, the redistricting commission’s tiebreaking 11th member.

Blanco put the exclamation point on that.

“I hosted one of the redistricting commission meetings here in Passaic,” he said. “The Hispanic community wants representation. I read Marlene’s bio. She is the right candidate for our district.”

A political ally of Ridgefield Mayor Anthony Suarez’s, who rose from the political dead last year after a federal judge threw out corruption charges against him, Caride has never held elected office. She ran for municipal office with Suarez’s backing in 2006 and lost.

With a convention scheduled for Thursday night in Bergen County, she is not the only one in pursuit of the party’s power players.

But sources said whatever Sarlo’s pre-redistricting process disposition, he now wants to run on a 36th District ticket with Caride. 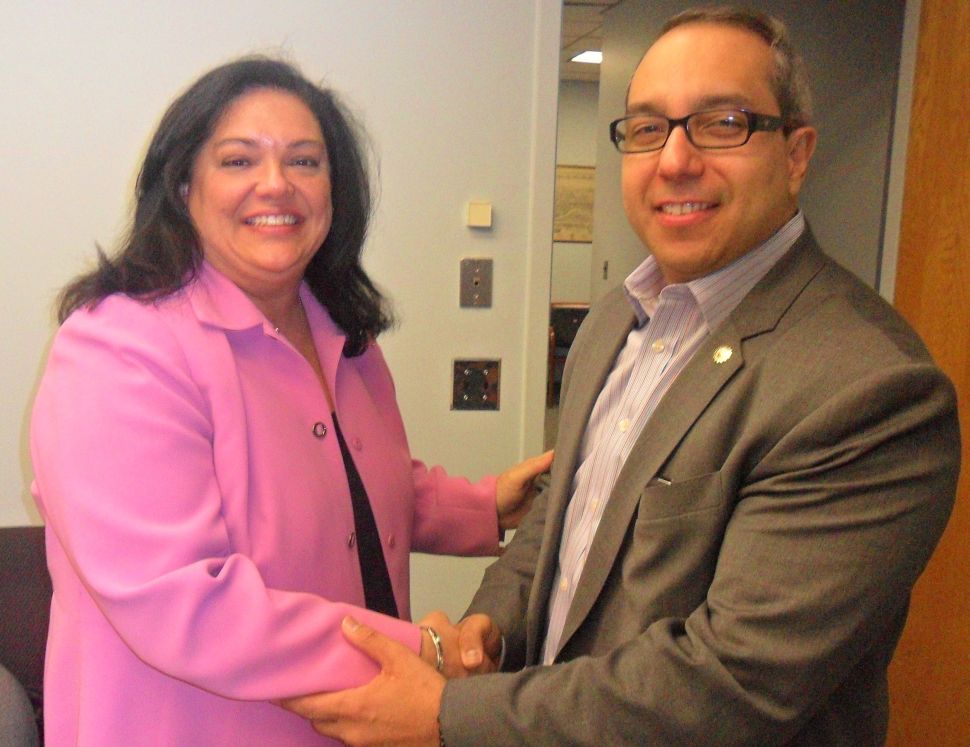