Two-term South Ward Councilman Edward B. Marable, Jr., announced today that he is a 2012 candidate for the office of Mayor in the City of Orange.

The current Vice-President and former President of the Orange City Council, Marable intends to run under the campaign banner:  “LET MY PEOPLE GO”.

“It is no accident that I am the first candidate to commit to this race,” said the Orange native. “While others are standing around waiting to see what is going to happen, I propose an alternative now.  Orange residents are on the verge of losing hope.  They need to know, at the earliest possible date, that there is an exit strategy out of the wilderness.”

Marable noted that high taxes, financial challenges, and compromised services to residents have all beset Orange. In February, a state judge validated the city’s plan to lay off dozens of police, fire, public works and other employees.

“I’m not big on campaign promises, but I can guarantee Orange residents a list of changes that will make a difference,” said the mayoral candidate. “Among other things, I will: re-prioritize police and fire protection; end nepotism and patronage positions in City Hall; prospectively enforce existing residency requirements for employees; assure timely financial reporting to the City Council; coordinate the city’s available technology; work closely with local churches and colleges; and, channel the gifts and talents of our seniors.”

Marable holds a B.A. in Political Science from Gettysburg College and a Juris Doctorate from Seton Hall University School of Law. 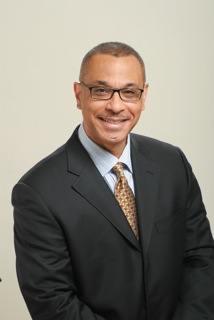