An overwhelming number of state residents who know what Xanadu is think it’s ugly, according to a recent Quinnipiac University poll.

But though they think the multihued Bergen County mall and entertainment center is an eyesore, they don’t want state money used to fix it.

The poll of 1,532 registered voters found that only 43 percent know what it is, but of those, 79 percent agree with Gov. Chris Christie that it’s ugly.  Of those that know what it is, only 46 percent say the stalled project should go forward.

“Xanadu, that oddly shaped, oddly colored structure in The Meadowlands, isn’t familiar to most New Jerseyans, which probably is good news,” said Maurice Carroll, director of the Quinnipiac University Polling Institute. “Those who do know about it agree with Gov. Christopher Christie that it’s a visual atrocity.”

From April 12 – 18, Quinnipiac University surveyed 1,532 registered voters with a margin of error of +/- 2.5 percentage points. 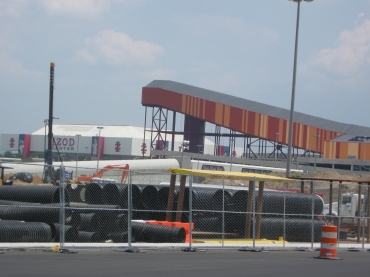