The Department of Human Services has  proposed eliminating 1,400 people who currently have state-issued insurance but are not officially part of the Medicaid program. That cut will save $4 million, members of the Assembly Budget and Appropriations Committee were told Thursday.

After the hearing, Assemblywoman Nellie Pou, (D-35) Bergen/Passaic, harshly criticized the decision to save money by cutting some of New Jersey’s poorest families out of the state’s Family Care health insurance program.

“By remaining singularly focused on reducing spending on paper, the administration is overlooking the long-term costs and ramifications of many of their misguided budget cuts.  This year’s budget would kick even more adults out of the Family Care program than last year, including all single adults or couples without dependent children.” 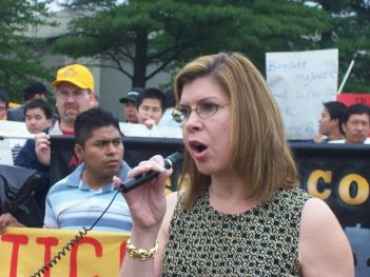