TRENTON – There was hot debate over rhetoric and race issues that surround the early prisoner release program, but the vast majority of the state Senate agreed Thursday to an emergency fast-track amendment to the recently troublesome law.

“It’s a shame that it took one year and two lives to change the bill,” said state Sen. Tony Bucco, (R-25), of Boonton. “It was flawed and it wasn’t right but yet it went through with the bare minimum of votes.”

Today, Democrats yielded to a Republican request to allow for the fast-track emergency to pass the full amendment today, rather than wait until the next session to finalize it.

The bill amendment passed, 34-1, with only state Sen. Ron Rice, (D-28), of Newark, voting it down after an electric tirade.

State Sen. Ray Lesniak, (D-20), of Elizabeth, said the law was signed by Gov. Jon Corzine on his way out the door, but had supplemental language that required an additional amendment – almost exactly the same language that Gov. Chris Christie laid out in a conditional veto.

But when two early-release former prisoners were accused of two murders in the past year, Gov. Chris Christie went on the political assault, aiming his ire at the bill sponsor, Assemblywoman Bonnie Watson Coleman, (D-15), of Ewing.

She condemned Christie’s “personal attack” on Coleman, but said the language was sensible and identical to Corzine’s language.

The problem today: “We are confronted with the messenger being toxic (and we) take the message as toxic.”

State Sen. Diane Allen, (R-7), of Edgewater Park, who was at the fore of the repeal movement, said that two people were dead because the two prisoners were let out early

“I ask you to support this bill, support the emergency, and support its passage,” she said.

She also said that while she understood that this bill “works for (Rice’s) constituency,” it wasn’t in the best interest of the people she serves.

Rice took great umbrage to this, although he was set off by other comments, too.

“When you talk about my district, Senator, my constituents are across this state,” he said.

“For the governor to say that the bill does not allow the Parole Board and Corrections to retain control (of the release process) is not true,” Rice said. “You want to talk about 17 being released from 300 (eligible inmates)…”That (Coleman et al) are the cause of these people dying, that’s wrong and I don’t care who the governor is.”

“If we could flip the complexion of the inmates (in these prisons),” he said, bills like this would be passed all the time.

“You talk to your governor, because he won’t come talk to me in my community,” he said.

Later in the day, the governor’s office issued a statement:

“We’re pleased with the Senate’s overwhelming, bi-partisan recognition that this law was ill-conceived and needlessly put the public at risk.  There’s been enough tragic proof of that already.

“There are no more excuses left; the Assembly must act immediately to repeal this dangerous failure of a law.” 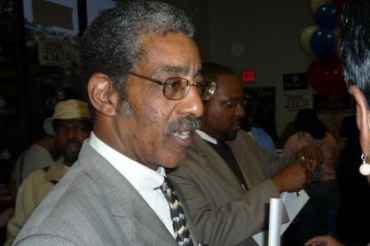