State Sen. Joe Kyrillos likely lost the guido vote today when he took aim at Rutgers University’s decision to bring in Nicole “Snooki” Polizzi for a speaking engagement and paid the star of “Jersey Shore” $32,000 for her time.

In a release, Kyrillos said he plans to introduce legislation that would require students to opt in to student activities that carry fees.  Those fees, Kyrillos said, were used in part to pay the freight for Snooki’s appearance.

“Students ought not be forced to fund entertainment or events that they find objectionable,” said Kyrillos. “There were a great deal of Rutgers students who I am certain were uninterested or flat out outraged by Ms. Polizzi’s appearance on campus. Mandatory fees tacked on student tuition bills were used to pay a $32,000 speaking fee to a degenerate reality television star who offers neither useful advice nor any appreciable talents. Higher education is already a substantial burden to students without being forced to pay for entertainment they find offensive or uninteresting.”

The legislation would require state universities to provide an active opt-in on tuition forms for any activities fund. 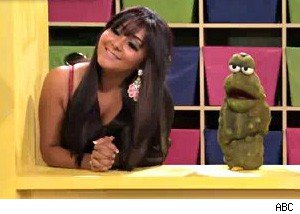