He’s been pressing for office for months now – first offering a challenge to the sitting Democratic senator, then dropping his expectations to an Assembly seat in the newly-aligned 38th District.

But just as things were lining up for attorney, liberal activist, and Hawthorne Democratic Committee Chairman Jeff Gardner, the air has been taken out of his balloon by the Bergen County Democrats.

Two sources in Bergen confirmed that Gardner will not be the party nominee for the Assembly seat when the county holds its convention on Sunday.

Not calling it yet, Gardner said, “We are running our campaign to convince the county committee members and party leaders that I am the strongest candidate for this campaign.”

He has a campaign organization in place and volunteers at the ready, not to mention $50,000 in campaign funding already banked. “And I have the ability to raise more,” he said. “Obviously, if I were on the party line going forward fundraising would get that much easier.”

He anticipates endorsements to start rolling in, but it might be too late to convince the Bergen stakeholders.

“To this point the response has been uniformly positive throughout the district,” he said. “We have the momentum that I think the Bergen County Democratic Organization should consider when they make their decision on Sunday.”

Gardner would not comment on contingency plans should he be denied the line by the Bergen Dems. “Right now, 100 percent of my focus is on reaching out to voters and party leaders and constituency groups, making the case why I would be the strongest candidate for this ticket.”

Gardner was prepping a challenge to state Sen. John Girgenti, (D-35), of Hawthorne, in the Passaic County-based LD35, but the Democratic redistricting team chose to pluck Hawthorne from the 35th and drop it in Bergen’s 38th, forcing a match-up between Robert Gordon and Girgenti. Girgenti bowed out of that fight, which allowed Gardner to change course and announce his intentions to run for the Assembly seat with Gordon and Connie Wagner.

“We are interviewing all candidates,” Wagner said today. “We’re doing a little poll to see what people are interested in, Bob and I are.”

Hawthorne went Republican in the Christie-Corzine election, and only accounts for roughly 7 percent of the LD38 votes – not exactly a town that needs to be locked down for Dems.

“That is one of the questions,” Wagner admits, although not yet ruling out Gardner completely.

She said it’s going to be a challenge for she and Gordon as it stands to get acquainted with the eight new towns they represent.

On top of the lackluster D numbers from Hawthorne, one Bergen Democratic insider said should Gardner get the line for Assembly, a jilted Girgenti would do everything in his power to submarine the Gardner campaign, at least locally.

Gardner has the backing of state Sen. Loretta Weinberg, (D-37), of Teaneck, as well as some committee people across the district. but that will likely not be enough to get the line.

Another candidate, Bergenfield Councilman Thomas Lodato is reportedly not an ally of Weinberg, which means if he’s selected, this could begin the first inter-party dispute in Stellato’s short tenure – in a county party known for its disputes. 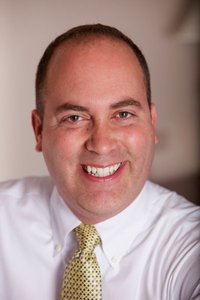