TRENTON – The red carpet rollout for New Jersey political nerds was at full tilt shortly before the noon hour at the state Division of Elections, where dozens of elected officials or their surrogates filed petitions to run for office.

Actually the carpet was Raritan River brown with some worn-out carmine mixed in, but the lack of glamorous trappings didn’t impede state Sen. M. Teresa Ruiz, state Sen. Ronald Rice, and state Sen. Linda Greenstein from the blue-collar task of waiting on line and filing.

There was no sign of Olympic legend Carl Lewis, but Shavonda Sumter of Paterson, who’s running for a seat in the 35th District, was here, and so was Assemblyman Ralph Caputo (D-28). 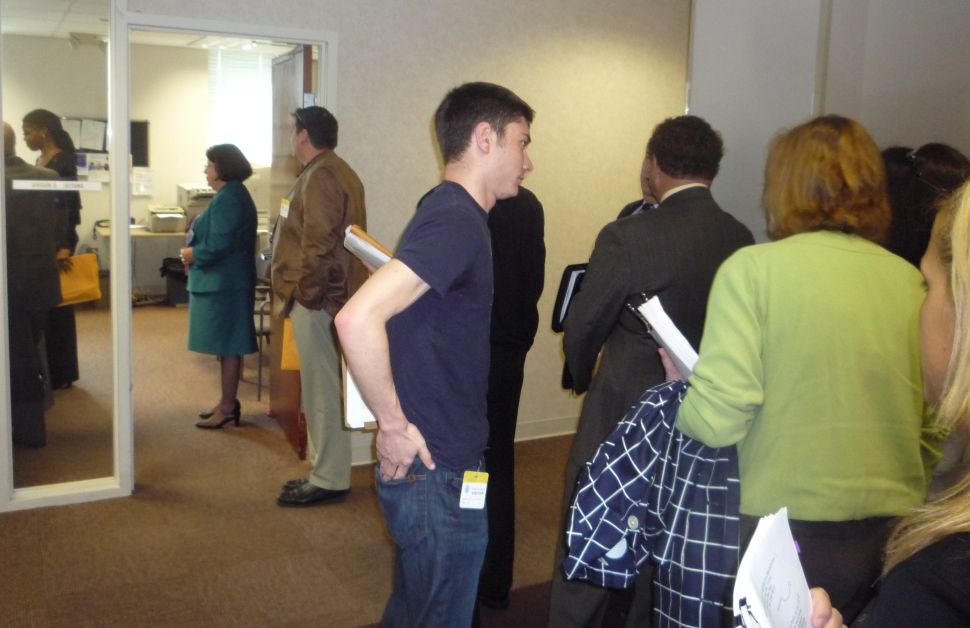