“In the past, the governor’s rhetoric has been silly, disrespectful and generally unhelpful.  But his comment that the press should ‘take the bat out” on Senator Loretta Weinberg goes beyond any sort of decency or common sense,” said Sweeney, shielding the leader of a progressive wing of the party that has routinely taken the bat out on Sweeney.

“In no way, shape or form should the phrase ‘take the bat out’ be used on anyone, much less someone who has dedicated her public life to helping women, children and working families,” Sweeney said. “The statement was offensive, indecent and so far beneath the standing of a public official it boggles the mind how the governor could even think of uttering it.”

The severe response to Christie came as Sweeney and other top tier establishment figures in the Dem Party are attempting to repair relations with liberals unnerved by the redistricting process. One floated map included a gladiatorial showdown between state Sen. Barbara Buono (D-Metuchen) and state Sen. Joe Vitale (D-Woodbridge), who have stuck in Sweeney’s – and State Party Chairman John Wisniewski’s – craw. 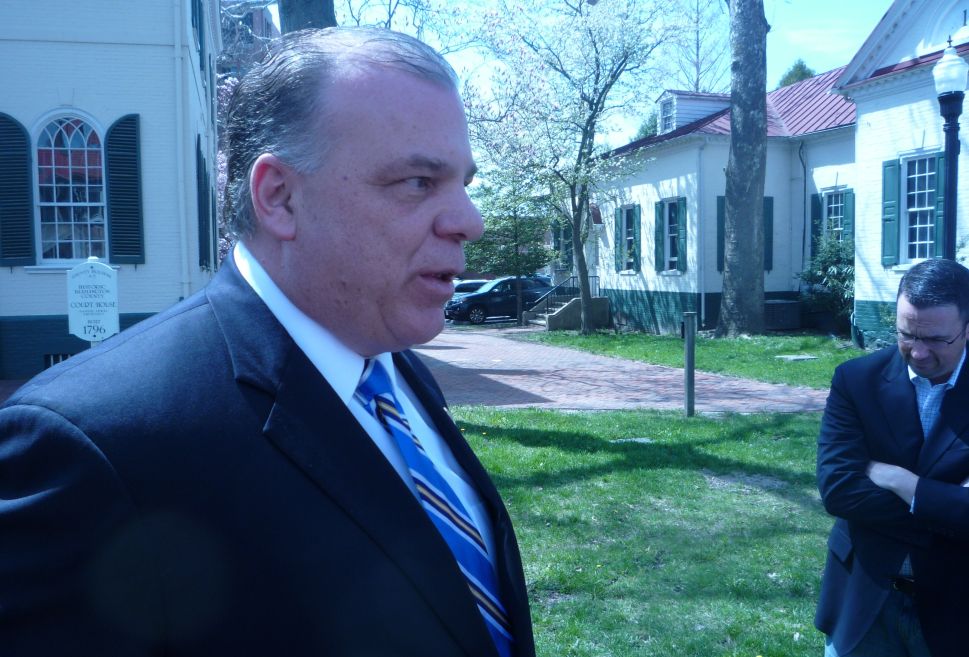