Former Guttenberg councilman and police officer Vincent Tabbachino of Fairview admitted today to laundering approximately $125,000 in funds that he believed were criminal proceeds, according to U.S. Attorney Paul J. Fishman.

The 69-year-old Tabbachino pleaded guilty to one count of money laundering, Count Five of the indictment against him.

Judge Linares separated the money laundering counts prior to Tabbachino’s October 2010 trial, at which Tabbachino was convicted of one count each of attempted extortion and bribery for offering and agreeing to give a corrupt payment to Ridgefield Mayor Anthony R. Suarez.

Tabbachino admitted that in August 2008, he met with disgraced developer Solomon Dwek (pictured), who he later learned was a cooperating witness. He also admitted that beginning in February of 2009, he agreed to launder and conceal Dwek’s funds through a business account of his company Tabbachino Associates, in exchange for a 10 percent fee.

“Dwek had told Tabbachino that the funds he sought to launder were the proceeds of a counterfeit handbag business,” according to the U.S. Attorney’s Office.

“In order to conceal and disguise the nature and source of the funds, Tabbachino directed Dwek to make the checks payable to Tabbachino Associates. Once he received the checks from Dwek, Tabbachino deposited them into the account and provided Dwek with cash in exchange. Tabbachino told Dwek that he removed cash in incremental payments from the Tabbachino Associates bank account to avoid the bank filing certain forms that might draw attention to the illegal activity. Specifically, Tabbachino admitted to engaging in four separate transactions between February and July of 2009, one for $50,000, and three for $25,000 each.”

The charge carries a maximum statutory penalty of 20 years in prison and a $250,000 fine. In addition, Tabbachino agreed to forfeit approximately $32,000, including the $22,500 he provided to Dwek as part of the final money laundering transaction and over $9,000 seized on July 23, 2009, from the Tabbachino Associates bank account. Sentencing is currently scheduled for Aug. 24, 2011. 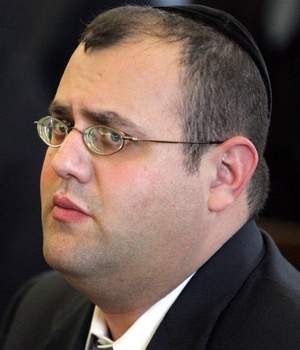