Democrat Dan Toto, who served as campaign finance director for Trenton Mayor Tony Mack, will run for an Assembly seat in the 15th District.

Toto will challenge incumbents Reed Gusciora and Bonnie Watson Coleman in the June primary.  The three Democrats will square off in the newly revamped 15th District, which lost the Princetons, but gained Lambertville in the recent redistricting process.  Gusciora was a redistricting victim when his hometown of Princeton Township was moved to the 16th District.  Rather than run on unfamiliar turf, he jumped ship to Trenton to stay in the 15th.

Toto is a former law clerk and campaign coordinator for Maryland Gov. and former Baltimore Mayor Martin O’Malley who became familiar to New Jerseyans after a public war of words with Gov. Chris Christie.

“After 16 years of failed leadership, it’s time for ideas that will assist families currently living paycheck to paycheck in these very difficult times,’’ Toto said. “We look forward to assisting the people of this great district.’’

Toto lives in Lawrence Township and works for the New Brunswick Housing and Redevelopment Authority as a compliance officer.

Reached Thursday, Gusciora was unfazed by the challenge from Toto, who has run for office before.

“They’re going to have to welcome him back to the Democratic Party,” Gusciora said. “He ran as a Republican candidate for freeholder. I didn’t know he was back in the Democratic fold.  Look, he has every right to run. But I intend to run and continue to represent the district I have served for 16 years.”

In 1995, Toto sought Republican backing to run for freeholder in Mercer County. 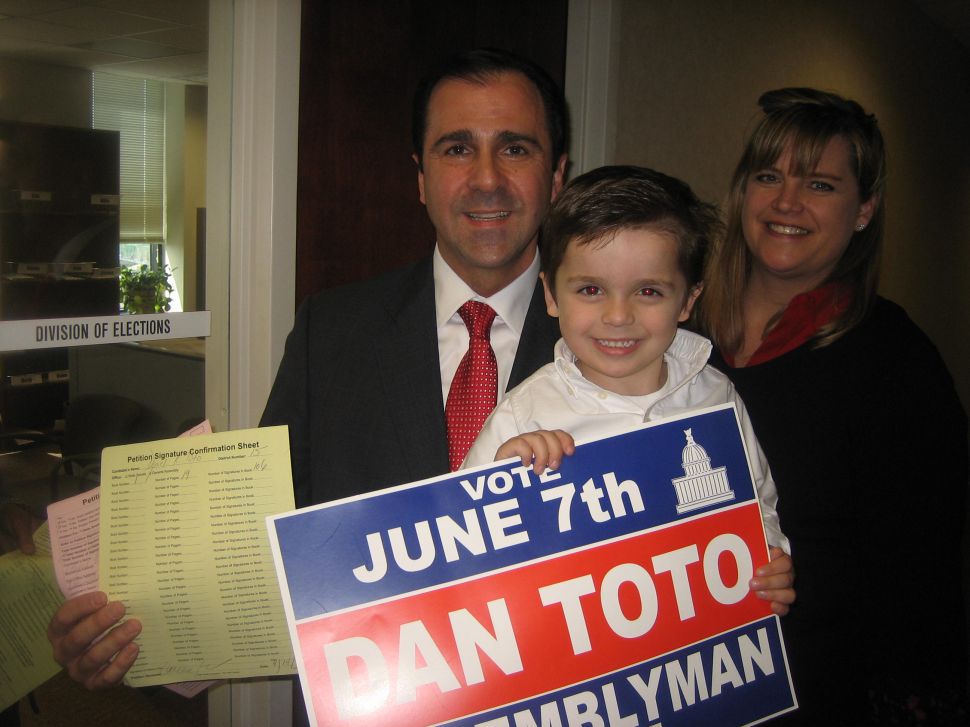