TRENTON – At a hearing Thursday regarding the privatization of toll collectors, state Transportation Commissioner Jim Simpson said the cost of having toll collectors is very expensive and they only collect a fraction of the tolls on the Turnpike and Parkway.

Subcontracting the toll collection services would be less costly, he argued.

He cited the State Comptroller’s report last year that found several instances of waste at the Turnpike Authority, which he said is “contrary to the public interest.”  They also found workers receiving excessive bonuses and several paid days off.

Last year, some $960 million in toll revenue was collected, a large majority of it through the electronic EZ Pass system.

Some 90 percent of the toll collectors are in the top tier of the salary scale, which is approximately $65,000 and is the highest in the region, he said.

Between all the other benefits, Simpson said the costs could crack six figures.

In her opening statement, Assemblywoman Linda Stender, (D-22), Fanwood, said she was concerned that the concept of privatization is “a Trojan horse being used for union busting,” adding that the cost savings don’t always materialize.

Simpson said that “there’s not an ideological bent” to privatize all services, but they have seen some benefits. The authority, he said, saved $1.5 million by privatizing legal services

Stender accused Simpson of not having “a transparent process”  that evaluates all the costs regarding toll collection services. 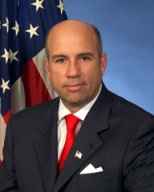