The U.S. Department of Transportation has ordered the state to repay the full $271 million in funds expended on the ARC Tunnel scuttled by Gov. Chris Christie last year.

In a letter to U.S. Sen. Frank Lautenberg, DOT Secretary Ray LaHood explained to the senator that the law is clear on the repayment of funds.

“In very specific and clear language, the statute requires the FTA to collect the taxpayers’ funds if the project’s sponsor – in this case, (New Jersey Transit) – disavows its responsibilities under the contract and fails to complete the project. Moreover, Governor Christie and the leadership of NJT were fully aware of these consequences and the requirements under the law when the governor made his decision to terminate the project,” LaHood wrote.

The decision comes after months of wrangling by lawyers hired by the Christie administration to argue that the state was not obligated to repay the money for the tunnel from Secaucus to mid-town Manhattan.  Latest reports show the legal bills for that effort have reached more than $800,000.

Christie nixed completion of the tunnel in October citing potential cost overruns of more than $4 billion that would have been paid for by the state.  In his letter, LaHood claims New Jersey Transit was aware of the cost range for two years prior to Christie’s decision.

“The FTA routinely establishes cost ranges for large projects of this kind at all stages of their development,” LaHood wrote. “Indeed, the possibility that this project’s costs could run between $8.4 billion and $12 billion was first shared with NJT as far back as August 2008.  As is customary, there were dozens of meetings between FTA and NJT staff including the NJT Executive Director during which refinements were made to these cost ranges. Any notion that the potential for cost growth constituted new and emergent information when the governor made his decision is simply not accurate.”

The administration argued that New Jersey was being held to a different standard than other states that cancelled projects paid for with federal dollars.  The state is only obligated to repay the money, Christie reasoned, if the cancellation was due to factors within its control.  The potential for cost overruns were not within the state’s control, he said.

In his letter, LaHood makes a not-so-veiled threat over the potential collection of the money, saying the government has several means at its disposal.

The Transportation Secretary goes on to say that in considertation of the current fiscal climate, he does not plan to pursue those methods “at this time.”

In a joint release Lautenberg and U.S. Sen. Robert Menendez say they had worked behind the scenes to settle the matter and have gotten a commitment from LaHood that if the state repaid the money, nearly $128 million would be placed in the state’s Congestion Mitigation Air Quality (CMAQ) account for mass transit and emission reductions projects.

“This is an unfortunate situation.  We worked hard to get the parties to negotiate a fair resolution of this conflict.  However the state’s outside lawyers pursued an all or nothing approach, which brings substantial risk to New Jersey taxpayers.  Given the high stakes involved in this matter, we hope the state’s approach is ultimately successful,” the Senators said in a joint statement.

LaHood gave no deadline to pay the money back, saying that New Jersey Transit should make arrangements for repayment with the FTA.

The tunnel was planned to go from Secaucus to an area under 34th Street and would have allowed for an additional 25 New Jersey Transit trains per hour between New Jersey and  Manhattan.

In February, New Jersey Transit officials along with Lautenberg and Menendez unveiled an alternative plan that would terminate in an expanded Penn Station and expand service by an additional 13 trains per hour and another eight Amtrak trains per hour.

A spokesman for the governor did not return an email seeking comment. 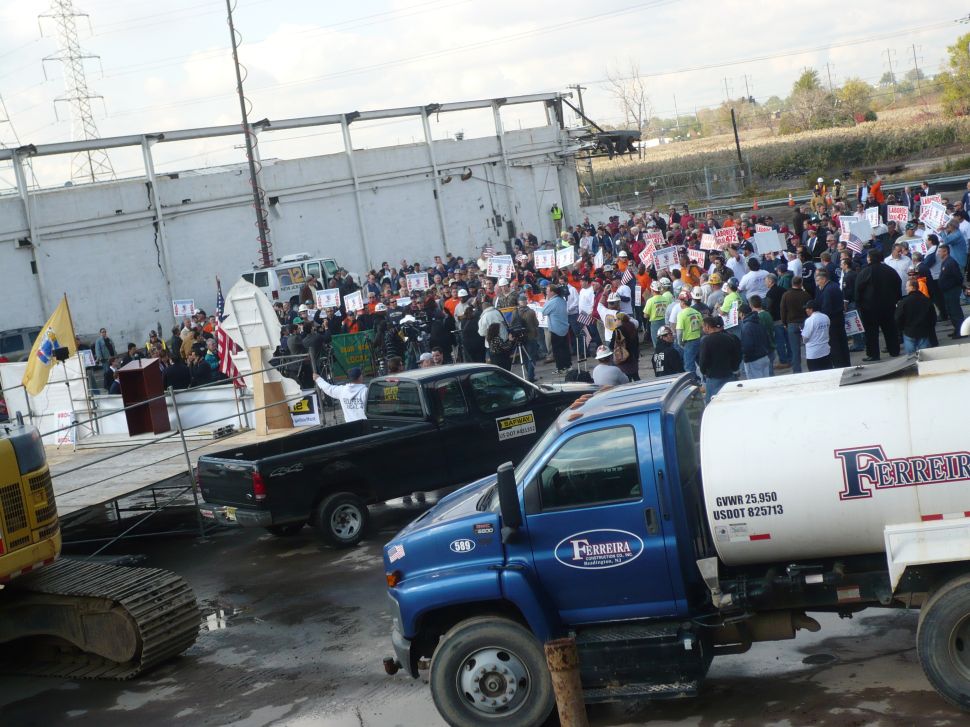