PolitickerNJ.com’s Tim Carroll reported last night that Middlesex Dems gave Vella the line in their portion of the newly configured district. On Saturday, Vella will go before Somerset Democrats.

“On paper, the district contains more Democrats than Republicans,” Somerset County Dem Chairman Peg Schaffer said of the new 16th. “We lost Bernardsville, Bedminister and Bridgewater (all GOP towns) and we welcome with open arms South Brunswick and both Princetons.”

State Sen. Mike Doherty (R-Washington Twp.) of District 23 lost Lambertville and part of Warren County and picked up the difference in Somerset. 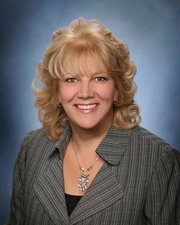