TRENTON – Today, the N.J. Supreme Court announced that the five presiding justices will deliver their decision on the latest round of the Abbott v. Burke school funding case at 10 a.m. Tuesday.

Gov. Chris Christie will answer media questions either in Trenton before his afternoon town hall in Cherry Hill, or following that South Jersey foray, according to a front office source.

Christie said that completely ignoring a court decision that mandates the full $1.7 billion in education short-funding is a potential option, although he hasn’t expanded on the possibility since mentioning it on N.J. 101.5’s Ask the Governor a few weeks ago.

Statehouse sources have speculated that – given the short pockets of the state – if the court requires funding for all of the qualifying Abbott students in the 31 post-Abbott, SDA-designated school districts, it  would equate to between $450 million and $500 million.

Other up-in-the-air top-level line items in Christie’s budget include over $300 million riding on pension and benefits reform and $300 million for a federal Medicaid waiver, which will not be applied for until after the fiscal year begins on July 1.

On the other side of the ledger, the state is banking on between $400 million and $900 million in unexpected revenue for the year, according to state Department of Treasury and Office of Legislative Services estimates.

The Democratic majority in the state Senate said they were not expecting to hold any special press conference following the decision. 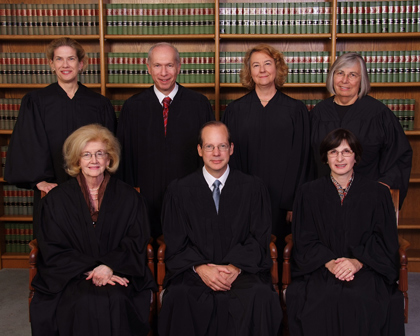