But today, Christie lumped Codey in with Corzine in his issues kick around here in a Monroe warehouse in front of a crowd of a couple of hundred clapping fans.

“70 billion dollars in wealth left the State of New Jersey during the two years that Gov. Codey held office and during (the Corzine era),” said Christie, referring to the former acting governor, who is often invoked as a potential 2013 Christie opponent.

Those dollars went to states like Florida, Virginia and Pennsylvania, according to a Boston University study.

“They all have lower taxes than New Jersey,” Christie told the crowd. “People are voting with their feet.”

Left for roadkill in 2009 by the twin political machines of South Jersey and Essex County, Codey comically revived his fortunes as recently as last night at the correspondence dinner with a video that zinged one of his tormentors, South Jersey Democratic political animal George Norcross III. 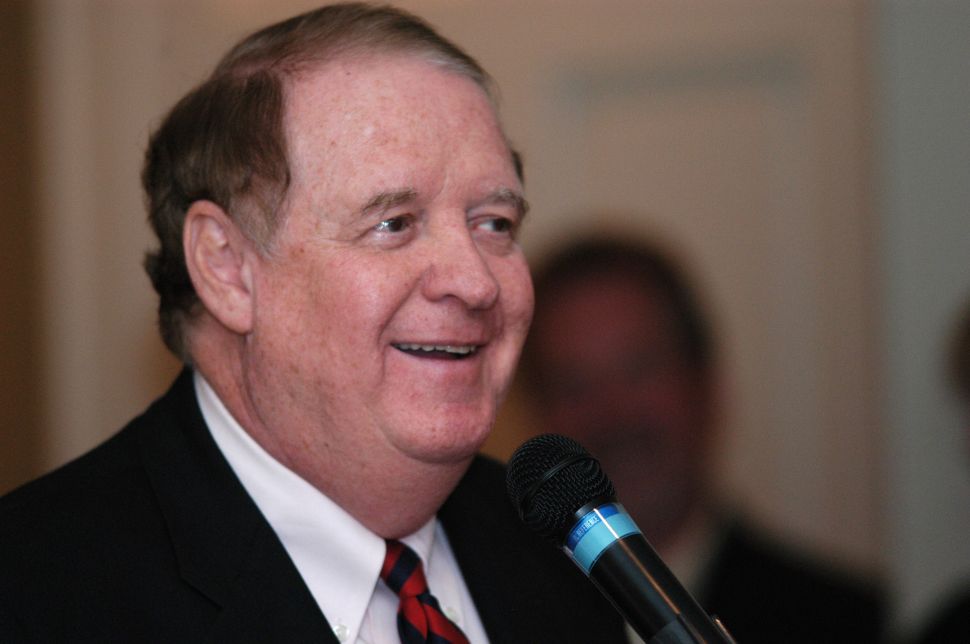