TRENTON – In a move that instantly triggered a flood of support from Republicans, led by state Sen. Tony Bucco, (R-25), who’s in the middle of a GOP Primary and state Sen. Mike Doherty, (R-23), who’s eyeing a 2012 statewide run for U.S. Senate and would challenge from the right, Gov. Chris Christie today smothered New Jersey’s participation in the Regional Greenhouse Gas Initiative (RGGI).

“We will withdraw from RGGI by year’s end,” announced the Republican governor, denouncing as ineffective the ten-state cap and trade program for greenhouse gas emissions from power plants and making New Jersey the first state to flee the alliance.

Viewed some Republicans as a 2012 presidential candidate, Christie stepped gingerly on the tightrope of opinion on greenhouse gas emissions, trashing RGGI and heralding the power of the market to handle the problem for national headlines even as he concurred that human beings are “at least part of the problem” contributing to global warming and vowed to block new coal plants in the state and incentivize wind and solar energy.

“We remain completely committed to making the environment of our state better,” said the governor, who added that nuclear energy would have a role, and who promised to create a state energy oversight committee.

Christie said cap and trade as defined in RGGI “simply doesn’t work,” stepping aside at his press conference at one point and listening with reporters as Department of Environmental Protection Commissioner Bob Martin said the cap is set 30% higher “than what is happening.”

“Withdrawing from this program might play well with the national Tea Party Republicans, but it flies in the face of New Jersey’s long history of leading on environmental protection,” said the veteran U.S. senator.  “This is a major setback for the health of our families and children and an assault on New Jersey’s environment.  With or without the governor’s support, I will continue fighting for federal investments that clean up the air, create jobs, and reduce our dependence on coal and oil.” 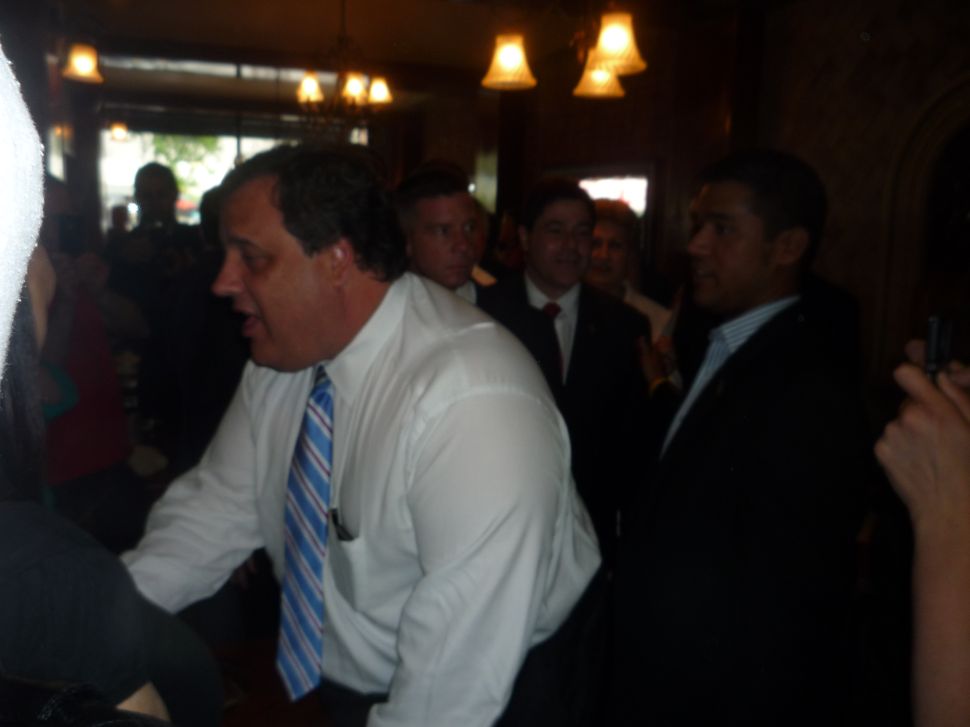