“For several months I’ve surveyed the Republican field of prospective Presidential candidates. Clearly, we need a leader who understands that the only way to beat the Washington beltway mentality is for the federal government to tighten its belt on spending,” said Peter Kane of Summit. “Governor Pawlenty has a proven record of reducing costs, balancing budgets and demonstrating that tough decisions can and have been made by governors in our nation’s statehouses. His stellar performance tonight in the FOX debate only served to cement my decision regarding his candidacy.”

“Gov. Pawlenty stated that to be successful in the voting booth the Republican Party has to stop reaching out to country club members and start reaching out to Sam’s Club members,” Kane said. “These hard-working Americans, I call them ‘Jersey’s Diner Conservatives’ who carefully monitor their household budgets, and expenditures are the backbone of our nation and inspiration for how the federal government has to do business.

“I applaud Gov. Pawlenty for officially declaring and actively pursuing the GOP nomination. The deadline is fast approaching for the Republican field to solidify. I welcome any serious candidate who wishes to join the race but Gov. Pawlenty has already done the spade work, hired staff, raised money, cultivated voters and party leaders in the key primary states.” Kane continued, “No one is going to gift-wrap the GOP nomination and anoint our nominee. It has to be earned, one vote at a time.”

As the 2008 Huckabee N.J. spokesperson, Kane organized a small, energized group of volunteers from across the state. 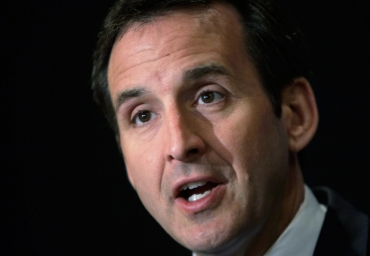