By comparison, Driscoll reported raising just $3,150, the bulk of which ($2,500 derives from a check written by the Friends of John Driscoll).

The Republican freeholder director told PolitickerNJ.com not to draw any conclusions about the campaign based on fundraising numbers.

“We have an event coming up on Monday night in Hackensack, as a matter of fact,” said the freeholder director. “We do have a primary opponent we do have to deal with.

“When it comes to money – money doesn’t win elections,” Driscoll added. “When I ran or freeholder, we raised and spent $170,000, compared to $1.5 million by the Democrats. The results were very successful for us. I was the top vote-getter. What wins elections is listening to the people and relating to the public.”

The candidate said the Senate Minority Office has pledged to help him.

“They know the competitive districts, and they know we’re one of them,” Driscoll said. “We’re (himself and Senate Minority Leader Tom Kean, Jr.) on the phone a couple of times a week talking. They are going to be very supportive. There is a very strong commitment to me and my team.”

The renegade Republican in the race, attorney Kenneth Del Vecchio of Hawthorne, reported more cash raised and on hand than Driscoll. According to ELEC, Del Vecchio raised $9,390 and has $4,146.30 in the bank. Backed by former gubernatorial candidate Steve Lonegan, DelVecchio wrote a check to himself in the amount of $1,500 but otherwise depended on local donors.

For his part, Gordon reported a $1,250 check issued by the Fraternal Order of Police’s PAC; $2,200 from Bayonne Medical Center; a large cross section of contributions from the health and pharmaceuticals and real estate industries; $1,000 from Fairview Insurance and $2000 from Princeton Public Affairs; a $2,600 check from U.S. Rep. Steve Rothman (D-9); and $2,000 from NJ Regional Council of Carpenters. 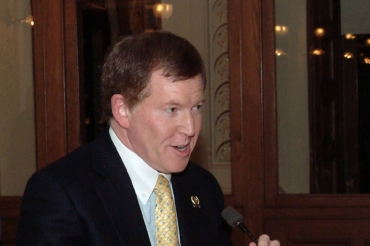