The 3rd Circuit of Appeals remanded the Carl Lewis case to District Court today, which would enable the former Olympic gold medalist to remain on the ballot at least until Judge Noel Hillman decides his case.

Bottom line: he will be on the ballot for the primary – pending a resolution in District Court.

Dismissed as an 8th District Democratic state Senate candidate by Secretary of State Kim Guadagno, Lewis appealed that decision, both in state and federal court. Hillman last week ruled against Lewis, citing his reluctance to interfere in a state-level decision and Lewis’ lawyer, William Tambussi, appealed to the 3rd Circuit Court.

Today, a day after pro and con arguments in Philadelphia, those judges – Scirica, Ambro and Vanaskie – granted emergent injunctive relief to Lewis, “as the factors for such injunctive relief are met on the as applied federal constitutional challenge.”

A day before the deadline, the three judges ordered that the ballots at issue include Lewis’ name as a candidate.

“We leave it to the DIstrict Court’s discretion whether to defer action on remand pending the conclusion of proceedings in the New Jersey Supreme Court on that issue,” wrote Circuit Judge Anthony J. Scirica. “This panel will consider any future appeal in this matter.”

Moments after reading Scirica’s order, Republicans who want Lewis off the ballot pointed out that Hillman could conceivably issue a ruling tomorrow – on the day of the deadline – that could dump the Burlington County Democrat.

“The facts in this case are crystal clear: Mr. Lewis swore an oath that he was a legal resident of California less than two years ago and therefore does not meet the constitutional four-year residency requirement to run for the New Jersey State Senate.  We are confident of victory on the merits before the US District Court and the State Supreme Court, and look forward to prompt hearings and decisions in both venues enforcing the rules and protecting the rights of voters.”

Senate President Steve Sweeney (D-3) of West Deptford, who stood with Lewis last month when the Olympian announced his candidacy, issued a statement following the ruling.

“The 3rd Circuit has acted responsibly and the court’s decision echoes what I said previously: Voters, not an elected partisan official, should determine whether Carl Lewis should be able to serve in the Senate,” Sweeney said.

“Today, the Third Circuit ordered that Carl Lewis’s name be placed on the ballot for the upcoming primary election,” Tambussi added. “Under the ruling, the voters, not a partisan elected official, will decide who should be the State Senator in the Eighth Legislative District. With this order, Mr. Lewis can now focus on the real issues facing the voters in the Eighth Legislative District.” 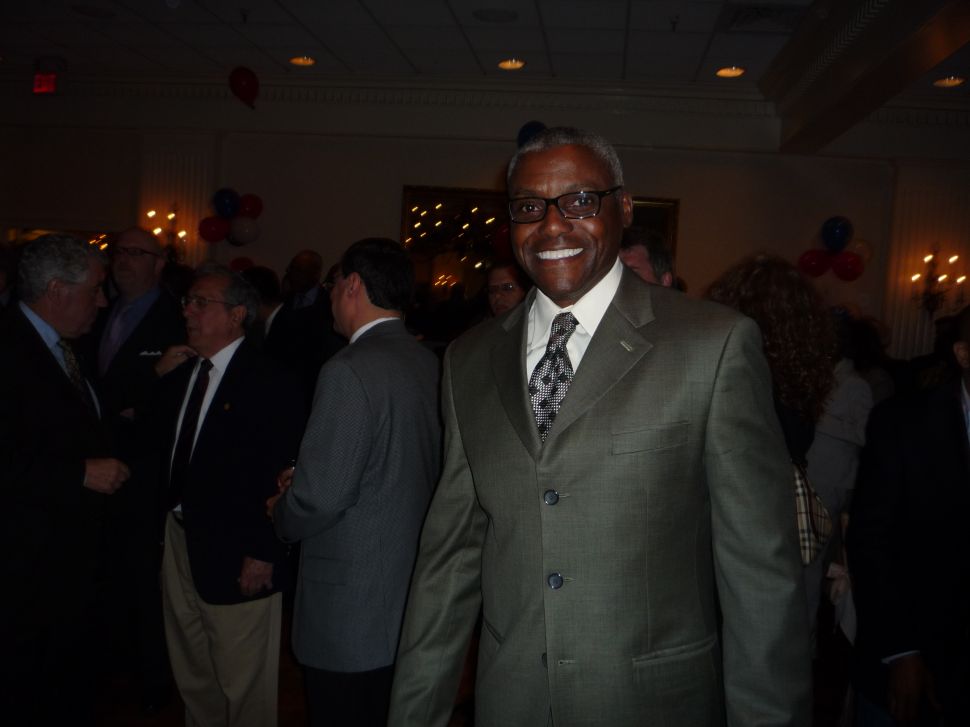