Gov. Chris Christie stands at 47% approve to 49% disapprove among all state residents, a downturn since the last poll issued by Monmouth University/NJ Press Media Poll. Among registered voters, according to a poll to be released Wednesday, the Republican governor has a 46% positive to 49% negative job rating.

Monmouth University polling Director Patrick Murray said the change in Christie’s rating comes mainly from the number of people who shifted from having no opinion of the governor a few months ago to holding a negative view today.  In February, 47% of residents held a positive opinion of Christie – identical to the result in the current poll, said Murray. However, the number who disapprove has increased by 9 points, while the number who have no opinion of their governor’s job performance decreased by 7 points.  Christie receives positive ratings from 75% of Republicans, 53% of independents, and 22% of Democrats.

This year’s budget has been less controversial than Christie’s inaugural effort, but residents – nearly 9 in 10 (86%) of whom are following the debate, according to the poll – are only slightly more happy with the current spending plan than they were last year.   About 1-in-4 (24%) say they are satisfied with the budget compared to 39% who are dissatisfied.  Another 35% say they can live with the budget proposal even though they are not particularly satisfied with it.  Last spring, 22% of the public was satisfied with the state budget plan and 44% were dissatisfied. Just as they were a year ago, the public is split on whether the budget is the product of tough, thoughtful choices (45%) or just more of the same old political deals (48%).  Republicans (63%) and independents (53%) are more likely to say Christie’s budget is tough and thoughtful while Democrats (68%) are more likely to see it as political deal making.

“Two years of austere budgets may be taking a toll on the governor.  Efforts to sell his reform agenda at town hall meetings generate a lot of media attention, but it appears that New Jerseyans who are paying the most attention to these events have already made up their minds about the governor’s proposals,” said Murray.

A day before Christie hosts another town hall meeting, this time in Monroe, less than half (46%) of the New Jersey public report having read or heard anything about them.  Among those who have been following the governor’s meet-and-greets, 35% say these forums do a lot to help residents understand what’s going on in Trenton, 30% say they do a little, and 30% say they don’t do much in the terms of informing state residents.  About half of Republicans (49%) say they provide a lot of information while about half of Democrats (48%) say they don’t provide much at all.  Independents are split – 37% say the town halls provide a lot of information and 27% say they provide not much at all.

According to the poll, the governor’s cuts to aid for municipalities have increased the burden of providing services at the local level.  According to state residents, their local governments have been handling this well.  Most New Jerseyans (55%) say that their municipality has done a good job at keeping spending down in the past year.  This view is held by majorities of Democrats (58%), Republicans (56%), and independents (54%) alike.  Just 35% of state residents say their local government has done a bad job. About 6-in-10 residents (59%) are aware that their town is now under a two percent property tax cap.  While some local officials say they will not be able to meet the needs of their constituents under the cap, only 30% of residents are worried that too many essential services will be cut.  Twice as many (62%) believe that their local government will still be able to provide most essential services with the cap in place.

In other poll findings, ratings for the state Legislature continue to be negative – just 33% approve of their Legislature’s performance while 47% disapprove.  A majority (54%) of residents say things in New Jersey are on the wrong track.  Only 1-in-3 (35%) say the state is headed in the right direction, which is similar to other results over the past five years.

The Monmouth University/Gannett New Jersey Press Media Poll was conducted by telephone with 807 New Jersey adults from May 12 to 16, 2011.  This sample has a margin of error of + 3.5 percent.  The poll was conducted by the Monmouth University Polling Institute and originally published by the New Jersey Press Media newspaper group (Asbury Park Press, Courier-Post, Courier News, Daily Journal, Daily Record, and Home News Tribune). 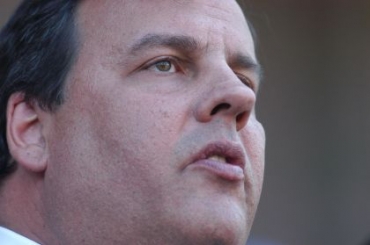