While his former running mate fights for political survival a town up and over, Assemblyman Ruben Ramos (D-33) goes head to head with Mayor Dawn Zimmer in an effort to exert his political control over the city.

“I’m doing a lot of running around,” Ramos told PolitickerNJ.com, as he landed in the 4th Ward, the ward he first ran in before moving to at-large and later to the assembly.

“I’ve campaigned for candidates all around the city and we are hitting our numbers,” said Ramos, whose ally, Assemblywoman Caridad Rodriguez, was a casualty of redistricting this year.

Sources close to Occhipinti said late in the day that the councilman was on pace with his November 2010 numbers that enabled him to defeat incumbent Councilman Mike Lenz and swing the council away from the mayor. 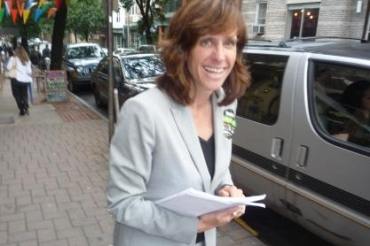