Newark Mayor Cory Booker is the most popular politician in the state, according to a March poll commissioned by the Senate and Assembly Democrats, leading the next name in a field of big name politicians by seven points, according to a source with knowledge of the poll.

Commissioned in part, in the words of one insider, to gauge the potential for Booker to lift a sagging party on his coattails with a statewide campaign, the poll showed the Newark mayor with high name recognition and a 4-1 favorable rating.

“Booker had rock star numbers,” said a Democratic Party insider with knowledge of the poll. “If Booker wants the nomination it’s his.”

Party leaders held a conference call last week, according to three sources, to talk to Booker about the poll and to ascertain his interest in running in 2013 against Republican Gov. Chris Christie.

Insiders close to the mayor are downplaying his desire for the job right now, but based on the polling, at least some leading Democrats continue to see Booker as the only legitimate statewide counterweight to Christie, whose national contacts will enable him to leverage substantial financial support in a re-election bid. 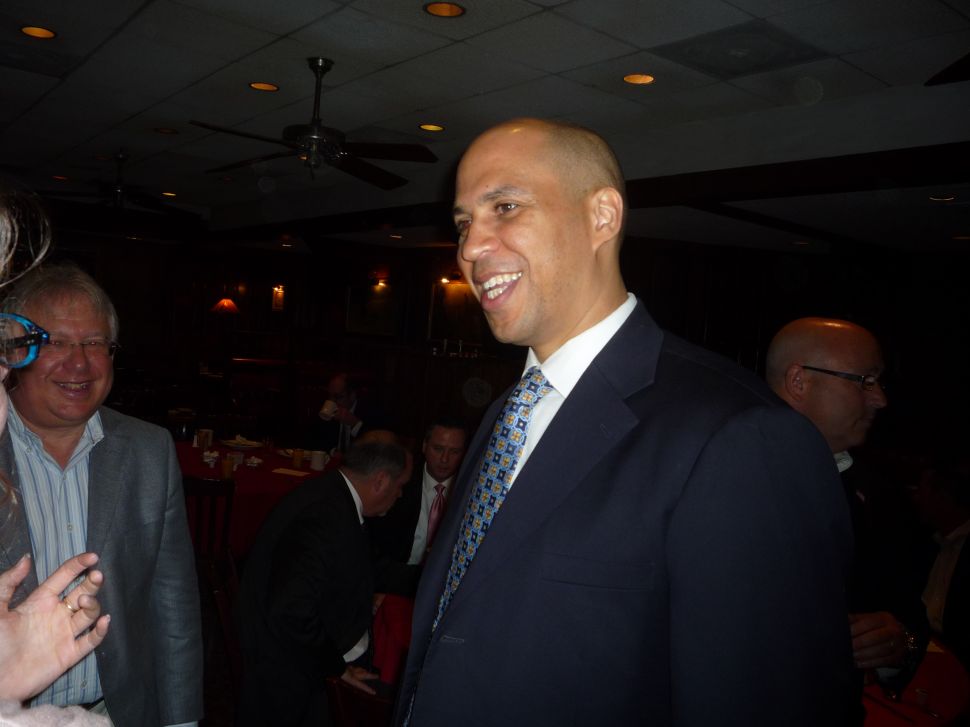