“There was nothing very special about it,” Warburg broker Richard Steinberg said of his latest sale at One Beacon Court.

Even if this is a very special building. “I guess between 15 CPW and One Beacon, these are the hottest condos in the city,” Mr. Steinberg allowed when The Observer pressed him on the sale.

Indeed, the sellers of this 49th-floor two-bedroom condo were just your typical One Beacon sellers: a high-powered attorney, Kristin Allen, and  her artistically inclined husband, Denny Mui. According to city records, they sold their 2,170-square-foot home for $7.35 million.

“That’s ridiculous,” Mr. Steinberg said. “That’s almost $3,500 a square foot.” It’s $3,387 to be exact. So much for nothing very special—especially when you consider the couple originally bought the place for $5 million in 2005.

The buyer is another foreigner, of course. “I can’t even remember from where,” said the broker. The unit was bought under an LLC.

For those yen or pounds or euros, the buyer gets 2.5 baths, a glass-walled eat-in kitchen, and a grand room flooded with southeastern light.

“There’s not a bad view in the building,” Mr. Steinberg said. “Even the view that doesn’t face the park has views of three boroughs, two bridges, and in the case of my unit, the Atlantic Ocean. How many buildings have ocean views?”

Only the special ones. 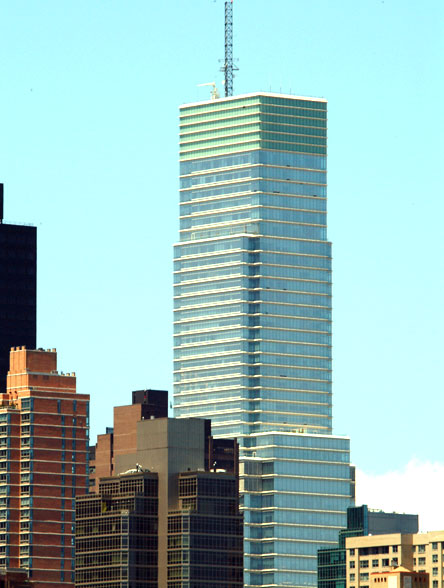