Barnes worked a makeshift movie rope line at the entranceway to the voting area, near where state Sen. Joe Vitale (D-19) worked the packed room with a clipboard, trying to organize McCabe supporters.

Vitale and Woodbridge Mayor John McCormac appeared to be playing the most aggressive organizing role on McCabe’s behalf.

Standing staunchly beside Barnes was state Sen. Bob Smith (D-Piscataway), another power presence in the room.

“Experience, integrity and leadership,” explained Smith, eyeballing Barnes. “This is a man who was five terms an Assemblyman, who defeated a Republican incumbent. Twenty-five years an FBI agent. This man oozes integrity.”

An undercurrent throughout the contest was McCormac’s relationship with Gov. Chris Christie. Smith re-emphasized it in-between handshakes with incoming committee people.

“Of course, it’s an issue,” he said. “Middlesex County is a target. Christie’s taken down all the counties through all the people he’s co-opted.”

McCabe made his final pitch more as the picture of youthful vigor than ideological fervor.

“We have been working off of a broken business model, and we must employ changes in our tools of technology to communicate,” he told PolitickerNJ.com. “I’ve reminded people that it’s been 15 years – since 1994 – since the county committee had a chance to select its leader.”

Conspicuously absent tonight was Joe Spicuzzo, the usually jovial, long-serving party chairman arrested on bribery charges earlier this year, in whose stead Barnes or McCabe will stand by the end of the event.

Vitale operated in a BlackBerry frenzy, and so did McCormac, trying to contact supporters in the 11th hour here to drop whatever they were doing, pronto, and get to Edison. State Sen. Barbara Buono (D-Metuchen) alighted in the room, another supporter of McCabe’s.

It was at a penultimate point in this two-man contest at which Middlesex Democrats had ceased being individuals and for the next couple of remaining hours could be more quickly and usefully identified as Barnes or McCabe. 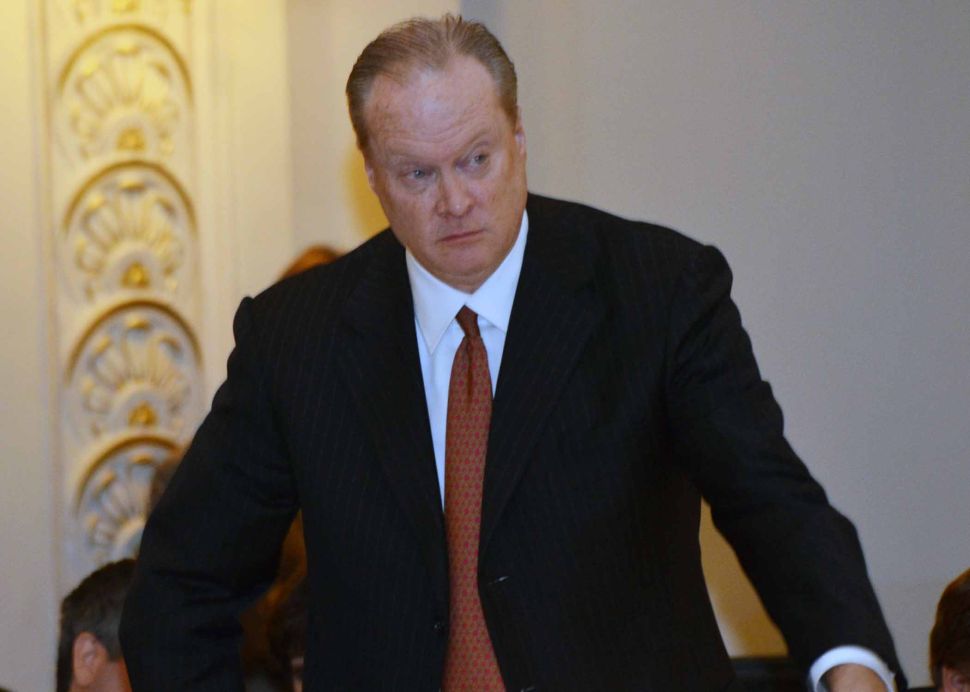