The Joint Legislative Commission on Ethical Standards voted 5 to 0 with one abstention to prepare charges against Rumana to determine whether his attempt to appear before the Board of Public Utilities to advocate on behalf of Wayne Energy Corp. represents an appearance of impropriety. The committee will consider the charges at a future meeting and vote again on how to proceed.

If the commission adopts the charges, Rumana would then face a hearing.  If found guilty, he could face a fine of up to $10,000.  In addition, the commission could recommend to the state Assembly further punishment, such as a censure.

Rumana said he will welcome the opportunity to tell his side of the story.

“Up to this point (the commission) have been operating under the facts as (complainant Bill) Brennan has created them,” Rumana said.  “I certainly look forward to presenting the true facts of what occurred here.”

At issue is a complaint filed by Wayne resident Bill Brennan, who is challenging Rumana in the November election.  Brennan alleged that Rumana violated state ethics laws when he attempted to appear before the state Board of Public Utilities to advocate on behalf of a company formed to bring an energy co-generation plant to Wayne.

For 10 years, Rumana has sought to bring the plant to the township; an effort he says will save the taxpayers $20 million over the next 20 years.  Rumana says that in order to shield the township from any liability connected to the plant, he formed Wayne Energy Corporation, a 501 (c) (4) to negotiate the terms of the deal and named himself chairman of the company.

According to the assemblyman, a private entity would own the plant and bill WEC for its services. WEC would simply pass that bill to the township for payment and pass the payment back to the energy company running the plant.  Construction and operation of the plant would be planned, contracted and paid for by the outside entity and the WEC would have no authority over hiring.

Brennan has alleged that by attempting to appear before the BPU and later by calling the Commissioner of the Department of Education to approve the installation of solar panels on a school, Rumana violated ethics laws that forbid a legislator from appearing before a state agency.

The committee dismissed those allegations as well as four others that alleged that Rumana has a personal financial interest in WEC, that the assemblyman exhibited “lack of candor” by not turning over certain documents to the committee, that the financial disclosure forms required of all legislators were incomplete because they did not list his participation in Wayne Energy Corporation and that he improperly entered into a contract with a state agency.

But at the last meeting, the commission left open the possibility that it could still pursue charges that Rumana’s actions presented an appearance of impropriety.

Reached after the hearing, Brennan said he is happy about the outcome, but disappointed in how the commission has handled his complaint.

“I’m happy that four of the committee members can see that there is a problem with what Rumana did, but I’m very dissatisfied with how this has been handled,” Brennan said. “The committee never exercised subpoena power to settle factual disputes. When there was a dispute between the facts as he presented them and the facts that I presented they just took it on faith that Rumana’s facts were right.”

Brennan said he also was disappointed that the commission allowed Rumana’s attorney Paul Josephson to speak during the meeting.

“He interrupted the process as they were about to charge (Rumana) and he presented testimony,” he said.  “That’s not due process.”

The commission has moved at a glacial pace in hearing the complaint against Rumana and each step has moved the ball only slightly.  The pace has clearly frustrated Rumana and his counsel, attorney Paul Josephson.  During Tuesday’s hearing, Josephson told commission members that cases far more serious than Rumana’s had been dismissed by the committee, including a recent complaint against a legislator who allegedly introduced legislation that would benefit clients of his private law practice.

Josephson told the committee members that in terms of public perception of ethical misconduct, legislators lining their pockets was far more abhorrent to taxpayers than anything Rumana has been accused of.

The commission will likely be presented with the charges in September. 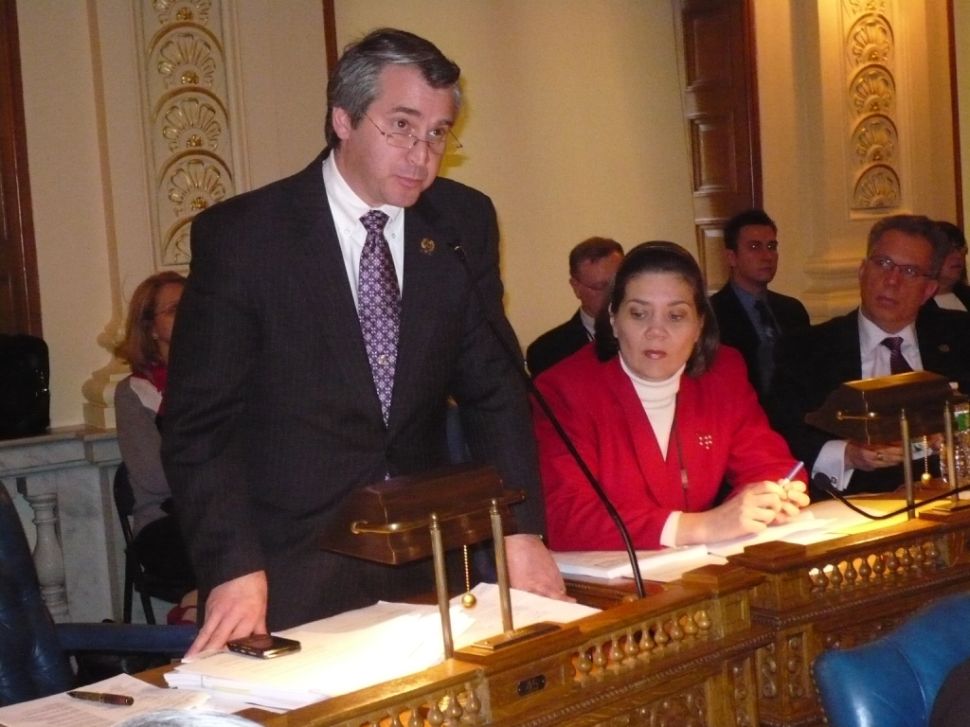