TRENTON – After signing his crowning achievement so far, Gov. Chris Christie said he fully expects a lawsuit, like the one planned by the state’s Policemen’s Benevolent Association.

“We’re going to get sued,” he said sarcastically. “There’s a news flash…That’s what happens when you do big things.”

Asked today whether he broke a campaign promise in a letter to law enforcement unions when he was a candidate in 2009, he said yes. The letter told police that “nothing would change” in regards to their benefits.

“When I got here, I found circumstances to be different than the governor (led us to believe) when I ran,” he said. He expected to inherit a $6 billion to 7 billion deficit from the Corzine Administration. It turned out to be $11 billion, Christie said, which led him to break other campaign promises too, like not cutting aid to schools.

“If this thing went insolvent, these folks were going to have a whole different set of complaints,” he said of the pension system. “When you fund new circumstances, you have to adapt to them.”

He said he was not swayed by the protests, but did understand the sentiment: “good people who are scared and angry and ill-informed.”

Christie said he supported the out-of-state provision that was pulled from the bill at the last minute, and would not say whether or not he talked to South Jersey insurance mogul George Norcross beforehand. “I spoke to a lot of people,” he said.

Asked whether the state is using over $2 billion in new credit to make state pension payments, Christie said he’s not discussing the budget. “That’s not something I’m prepared to talk about now.”

The credit, he said, has been reserved “a number of times over the past few years,” that the state will keep on hand in case it needs assistance to “be able to meet our obligations going forward.”

“Tax revenues come in in kind of a cyclical way in government,” Christie said. 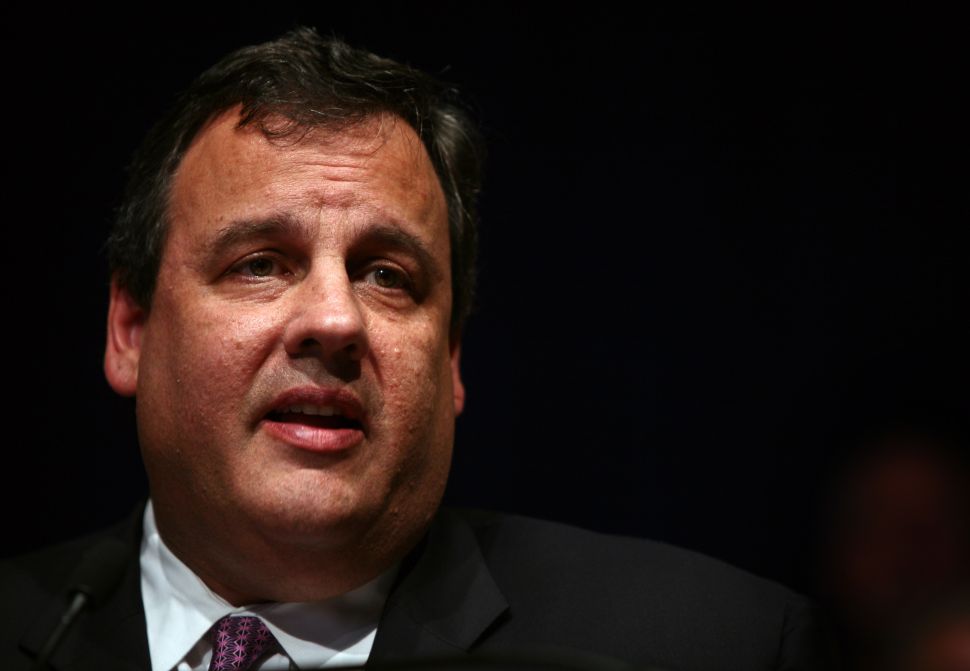