Trouble, the aptly named Maltese belonging to the Queen of Mean, Leona Helmsley, died back on Dec. 13. The news of the demise of one of the world’s richest pets was not revealed until yesterday, when the News‘ Joanna Molloy broke the story.

Leona Helmsley’s pampered pooch “Trouble,” who inherited $12 million from the real estate mogul, has died at the age of 12.

The Times informs us this is an overstatement. Not the pooches’ inheritance, which was indeed cut back to $2 million, but Trouble’s age.

Trouble died on Dec. 13, though news of her death surfaced only on Thursday. The cause of death was not released. The idea of a human year being equivalent to seven dog years is a misconception, experts have said. But according to the Pedigree pet food company, at 12, a Maltese is a “senior dog,” who would be about 64 in human years.

It appears the Gray Lady is channeling the Queen of Mean in her copy.

For something a little more poetic, do read an elegy to Trouble by our colleague Emily Witt. 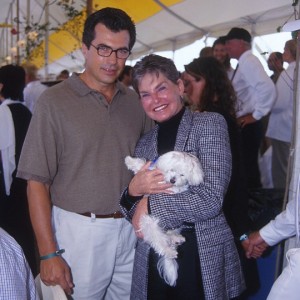