Facebook has a long history of borrowing features from its competitors. (What? All the cool tech giant CEOs are doing it.) It adapted the “Like” button from Tumblr, for example. But for its latest act of imitation, it went back to the well: Twitter. The same source from whence Mark Zuckerberg drew the news feed, the “What’s on your mind?” status bar, and the @reply button. All of which improved the service. However, the newest Twitter-inspired upgrade called “happening now”  is confusing at best. As you can see from this screenshot, the feature, which is still being tested looks essentially like a Twitter feed of your Facebook feed…  right next to your Facebook feed.

Yo dawg, I heard you like newsfeeds so we put a newsfeed in your newsfeed.. Holy crap! What am I supposed to click here!

It’s a fair comparison. But its not as though Mr. Rainart doesn’t have some skin in the game. Like, say, that time Zuck tried to destroy Foursquare. 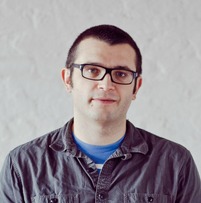