Lined up in opposition to the Democrats’ newly unveiled budget, Republicans are giddy with the prospect of Gov. Chris Christie pulling a “There you go again.”

The Democrats’ budget document reflects an additional $1.18 billion in spending over the proposal laid out by the governor in March, a detailed outline of the budget released late last night shows.

“This is going to be just like what Ronald Reagan did to Jimmy Carter in their debate,” said a GOP source. 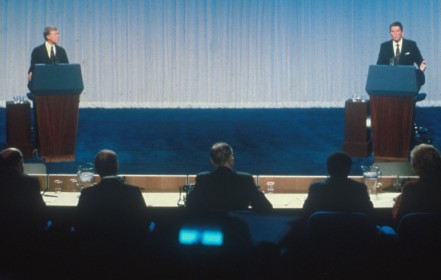