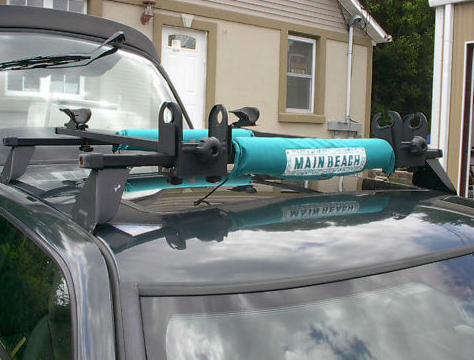 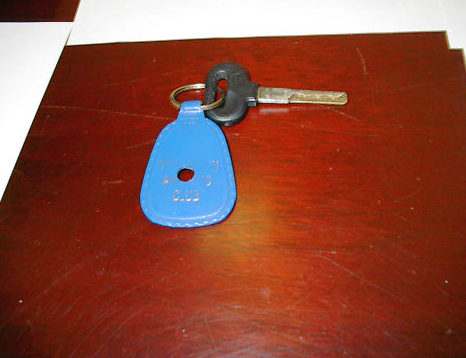 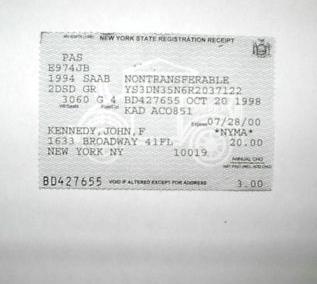 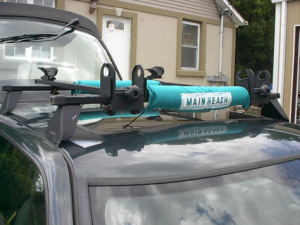 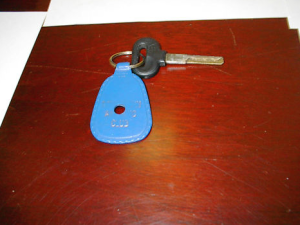 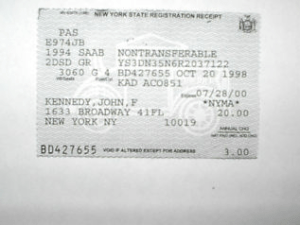 Car-blog Jalopnik recently dug up a fairly interesting auto listing on eBay: they found that the last car John F. Kennedy Jr. owned before his untimely death in 1999. A little under twelve years later, it’s going up on the auction block. For $100,000. For a ’94 Saab.

THIS IS ONE OF THOSE OPPORTUNITIES THAT COME AROUND ONCE IN A LIFETIME TO OWN A PIECE OF CAMELOT FROM THE KENNEDY DYNASTY.

JOHN F. KENNEDY, JR. WAS A BELOVED PERSON THROUGHOUT THE WORLD, IT IS THE FIRST TIME THAT HIS PERSONAL VEHICLE IS BEING OFFERED FOR SALE. IMAGINE ACTUALLY OWNING THIS VEHICLE IN YOUR CAR COLLECTION, MUSEUM OR SIMPLY IS THE BEST CONVERSATION PIECE EVER. WE ARE SURE THAT YOU CAN FIND MANY VIDEOS ON YOUTUBE SHOWING JOHN AND HIS WIFE CAROLINE GETTING IN HIS SAAB ATTEMTING TO AVOID THE PAPARAZZI IN NEW YORK CITY.

THIS IS A ONE OF A KIND FIND.

THIS VEHICLE DOES RUN AND DRIVE BUT IS BEING SOLD STRICTLY IN ” AS – IS ” CONDITION AND SHOUILD BE PURCHASED BASED ON IT’S CELEBRITY STATUS.

The auction ended moments ago; it would appear nobody shelled out for the car. We gave the car’s seller a ring; a gentleman from a company called Platinum Owners answered, and while declining to give his name, did answer a few questions for us.

Why’d you guys value the car are $100,000?
(Laughs) I think the value they came up was because they had no idea what the value was.

And where’d you get it?
From a mutual family friend.

A mutual family friend of yours…and the Kennedys’?
Yes.

Are you selling it on behalf of the Kennedy family?
No.

But you’re selling it on behalf of…yourself?
Correct.

How’s the sale been going?
We’ve been getting a lot of interest in the car.

Not on eBay. (Pause.) Taken it for a spin?
It hasn’t been driven, the car. It’s in the same way from ten years ago. It does drive, though.

And this was the last car driven by John F. Kennedy Jr.?
Yes. The car does have all the original paperwork.

But who’s this mutual family friend that owned the last Kennedy car? Why has it been sitting around for 11 years? And can we take it for a spin? The gentleman who answered told us wouldn’t answer these questions, but did explain that he’d kindly be putting us in touch with the car’s owner. Know this, though: these people in New Jersey have a crucial piece of John F. Kennedy Jr. memorabilia, and it’s more than just a stack of George backissues. If you’re into that.