Assemblyman Vinice Polistina (R-2) who last week hinted he may not support landmark efforts to reform public employees pension and health benefits, is back on board with the rest of his Republican colleagues, sources told PolitickerNJ.

Polistina said last week that he was wavering because of a clause in the bill that restricted the use of out-of-state health providers.  Polistina, who is challenging state Sen. Jim Whelan (D-2) for the seat in the upper chamber, said public employees should have the same choices as those in the private sector.

The clause included in the bill would have restricted state employees from going out of state for health coverage. State employees as well as some legislators bristled at the restrictions and accused bill sponsor Senate President Steve Sweeney (D-3) of pandering to political patron George Norcross, an insurance broker who is chairman of the board of Camden’s Cooper Medical Center.

Both Sweeney and Norcross have denied the accusation.  Monday, the Senate passed legislation that removes the restrictions and requires at least one plan to allow for out-of-state coverage.

Sources said Polistina is happy with the changes made and will join his caucus in voting for the bill when it comes before the full Assembly Thursday. 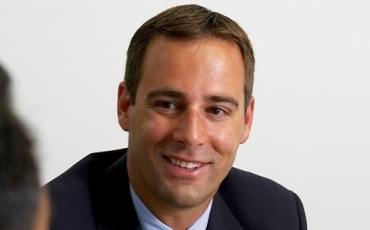