The city needs to build. We are running out of apartments (more on that later), and part of the reason, argues a new report out from the Regional Plan Association, is the cost of construction in New York City. At a fiery breakfast this morning, developers, builders and labor unionists debated the report, which places a good deal of blame on the latter’s ostensibly intransigent work rules. We’re planning another post later on the meat of the meeting, but one subject in particular bears mentioning on its own.

In the past, The Observer has looked at the potential for the city to revolutionize its construction practices through prefabricated buildings. It’s been a dream of architects and builders for nearly a century, almost since the first Model-T rolled off the line, but it has had limited impact on construction in the country, and almost none whatsoever in New York.

But that changed when Bruce Ratner began pursuing a prefab tower for Atlantic Yards, which at 32 stories would be the largest such structure in the world. It gets very much at the issues brought up today, namely labor costs, because not only are the materials for prefabricated building cheaper, but less skilled laborers are needed to produce the projects.

Our pal Norman Oder asked a question of the panel about the prefabulous building in question, and the response from Jeff Levine, chairman of Douglaston Development, was telling. “It should act as a warning bell,” he said. “Just as our elected officials are telling us that the high cost of oil is beneficial to alternative sources of energy, whether it be wind or  nuclear. But the reality is, we cannot build the perfect cost scenario, as evidenced by the lack of product going up. Having said that, alternatives are being sought. At some point, if it’s not non-union, then it’s modular. A solution will be found. We have to live somewhere.”

So is modular construction coming around? Mr. Oder suggested in asking his question that this may just be a bargaining tactic on Forest City Ratner’s part, but whatever the case, it appears it may become reality, if not at Atlantic Yards, then somewhere in the city.

Even the unions are reluctantly gearing up for it, said Robert Ledwith, the business manager and financial secretary for Metallic Lathers Local 46. “We are already in discussion about modular construction,” he said, referring to recent meetings among the union leaders. “We are aware of the technological change, we want to grasp it and make it work for ourselves. So that whatever Bruce Ratner does regarding modular construction, we are prepared for it.”

The look of the city, and the fate of a good portion of its middle-class, could be in for some big changes. 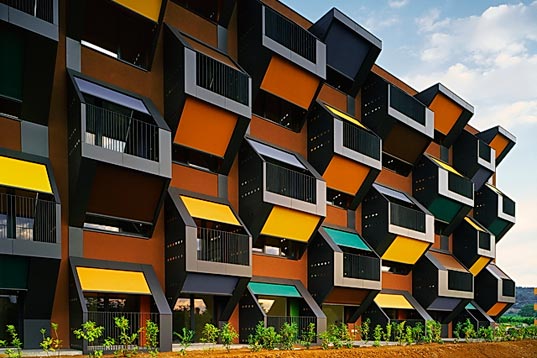