Sources are telling State Street Wire that amendments to a bill that would deregulate the telecommunications industry have been pulled from consideration tonight.

The bill, which would have removed decades-old restrictions on the landline telecommunications industry, was shot down by the Senate in April, but bill sponsor Sen. Ray Lesniak had hoped to introduce amendments tonight in order to post it for a full Senate vote later this week.

Sources said Lesniak did not have the support to pass the amendments and has pulled them from consideration.

Lesniak’s amendments would have kept rates for customers aged 65 and older under the regulation of the state Board of Public Utilities.  It would also have addressed some of the concerns of the State League of Municipalities, which had opposed the initial bill.

Despite the amendments, many opponents were not convinced.  Douglas Johnston, government affairs director for the AARP, said the amendments were only window dressing.  He accused Lesniak of trying to slip through the controversial bill during the Legislature’s busiest week of the year.

Bill Dressel, Executive Director of the State League of Municipalities, said Lesniak’s amendments did not go far enough in addressing the league’s concerns, which centered on cable television and public access channels.

“We are pleased the bill will not move today and we hope we can have some discussions with the proponents and hopefully address our concerns,” Dressel said.

Sources said the bill may reappear during the Legislature’s lame duck session.

In February, the bill sailed through the state Assembly with bi-partisan support and appeared to be headed for passage in the Senate before a coalition of opponents led by the Communications Workers of America fought a successful public relations battle against the bill.  The Senate eventually pulled the bill from consideration. 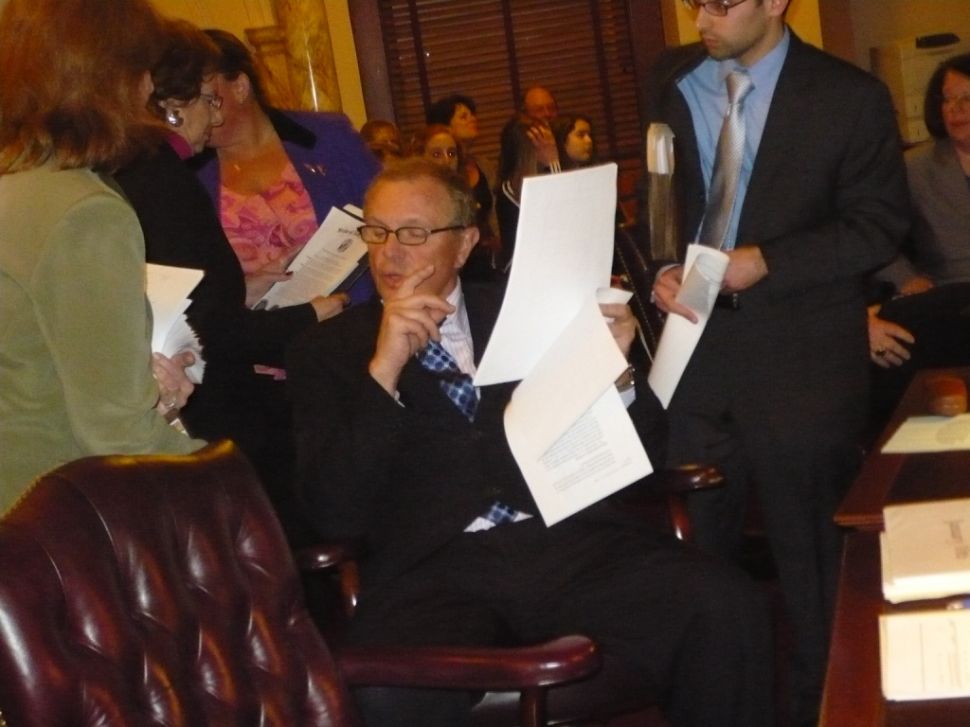