Republican biotech millionaire John Crowley of Princeton may run for the United States Senate, according to his friend and political confidant, Bill Spadea.

“John Crowley is very seriously looking at a run for U.S. Senate,” Spadea told PolitickerNJ.com. “If he decides to become a candidate he would have a great appeal with Republicans and across the aisle with Democrats.”

New Jersey native. Son of a cop who died while on duty. Navy intelligence officer. Businessman. Family man. Founder of a company dedicated to discovering a cure for his children’s rare disease. Subject of a motion picture starring Harrison Ford.

Even his detractors within the party acknowledge it’s tough to argue with his story.

“I would say that what appears early to be a crowded field is telling in the sense that people see opportunity,” Spadea said of 2012, when U.S. Sen. Bob Menendez, (D-NJ), is due up for re-election. 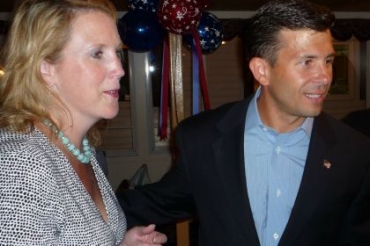