He was greeted with boos and hisses, which Budget Committee chairman Paul Sarlo (D-36), of Wood-Ridge, asked to be curtailed.

“When I wake up in the morning, I wake up as a labor leader,” Sweeney started with, which incited even louder boos, and one outcry: “That’s a disgrace!”

He went on: “I am also responsible to the taxpayers of the state of New Jersey.”

“I was immediately picketed, protested, threatened and then shouted down by my own party.”

He said Gov. Chris Christie’s plan to overhaul pension and health care benefits was too harsh, but recognized the need for reform.

“We have a commitment to the public,” he said, without the resources to back it up. “Some labor leaders simply failed to be honest with their members,” Sweeney said to another round of boos. “I don’t fail my members.”

As Sweeney wrapped up, Sarlo asked the board if there were any other questions.

No one at the dais replied, but a union-backer from the crowd said audibly, “How much is Norcross making?,” referring to South Jersey power broker George Norcross III. 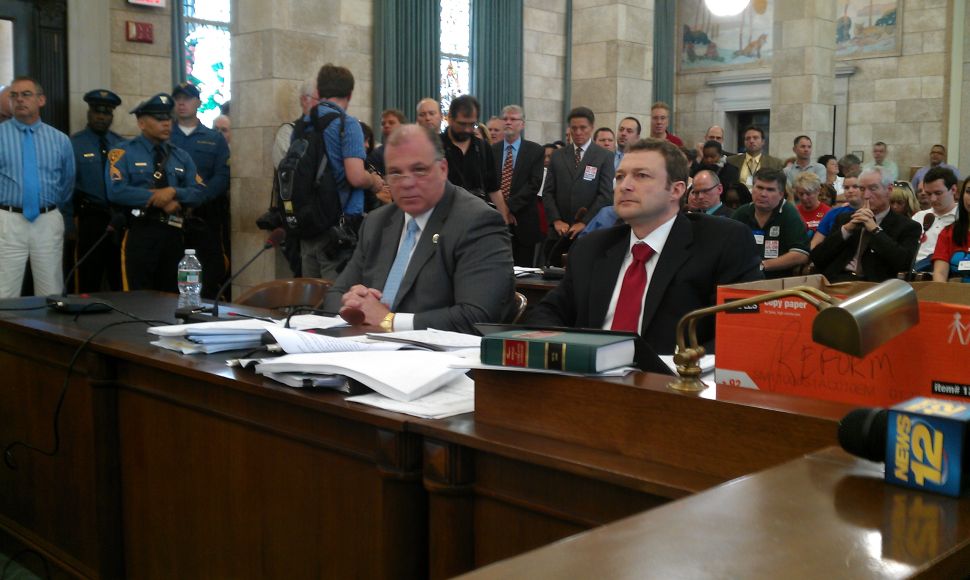