TRENTON – Rich Valanzola, a retired teacher from Matawan, summarized the public workers’ battle against legislated reforms of pension and health benefits this way:

“I feel like the Indians felt when they were given paper for their land,” he said this morning as the second large union protest in five days got under way outside the Statehouse.

“I wouldn’t mind,’’ he said, “if they would pay their fair share,’’ in reference to the fact the state has not made a pension contribution in years.

“I have to pay every year, they should pay their share,’’ he said as the rally began with the singing of God Bless America and then the playing of Bruce Springsteen’s “Born to Run.’’

According to Valanzola and other protesters, public workers traditionally accepted lower salaries in exchange for the lower pension and benefits contributions.

“They broke their promise,’’ he said while pointing to the Statehouse.

Today’s rally at the start seemed smaller in size than the one on Thursday, which had several thousand participants. Valanzola said another rally is scheduled for this Thursday when the Assembly is slated to vote on the  pension and benefits reform bill. 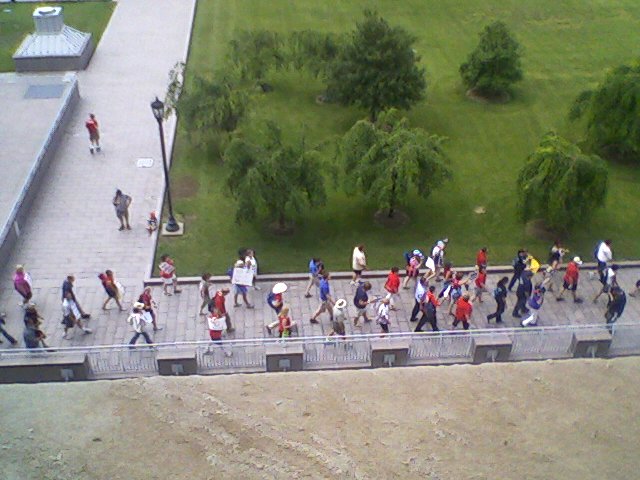