In need of a wall-to-Waldorf renovation. (Getty)

The Waldorf-Astoria has lost some of its Jazz Age luster, growing rumpled and maybe even a little racist in old age. The hotel was purchased four years ago by Blackstone for $572 million, part of a $26 billion deal to buy up the Hilton chain. Now the monolithic investment outfit is prepared to spruce up the Walfdorf-Astoria, the Post reports.

According to the tab, Blackstone plans to spend “hundreds of millions of dollars” renovating the hotel, once home to mobsters Bugsy Siegel and Lucky Luciano and jazz singer Cole Porter, as well as the eponymous salad. Speaking of, the Walldorf-Astoria’s three restaurants—the Bull and Bear, Oscar’s Brasserie and Peacock Alley—will be renovated, as well, but will not change.

Can you feel the excitement over this bygone beauty?

New York’s interior design and architecture community, however, is already buzzing about the uber-renovation. Noted designer Alexandra Champalimaud will redo the interior, including the rooms and public spaces, sources said. Champalimaud declined an interview due to confidentiality agreements she signed.

Champalimaud’s projects include the Pierre, the St. Regis in Beijing, as well as penthouses at the Dorchester, London. Architectural firm Brennan Beer Gorman may also be involved, sources added.

Call it the Uber Astoria. 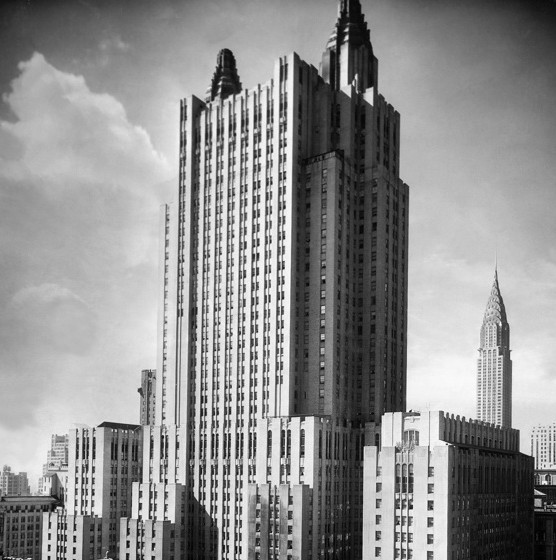