TRENTON – At his press conference today, Gov. Chris Christie touched on several topics, including an invitation to meet with Home Depot co-founder Kenneth Langone who wants to gauge his interest in a presidential run.

Christie, who said that Langone is a longtime friend, added, “There are some people who believe I should leave this job and go to another one.

“If Ken Langone has advice for me that’s between me and him,’’ he said in response to a question about whether he would divulge the subject of their conversation. He added that he would not identify anyone else who would be in attendance at such a meeting.

“You don’t dismiss friends who ask you to come and sit and listen. You can always be surprised. I have great respect for him.”

But he did not stray from his past remarks or indicate he has changed his mind about a possible national bid.

On One NJ, the just-launched, progressive-based 501 (C)(4) that won’t release its donor list after last year Democrats criticized Republicans for not identifying donors to a conservative group Reform Jersey Now, which eventually did disclose donors.

“I remember Sen. Barbara Buono all in a tizzy over Reform Jersey Now,’’ Christie said. “I assume she’ll be demanding the exact same thing from One NJ. Otherwise, that would be hypocritical, and I’m sure she does not want to be put in that box.”

He pointed out many other Democrats took the same stance.

“Republicans and Democrats should get in a room and stay in the room until they fix it.  That’s what we did in 2011,’’ he said in reference to state budget talks that included legislative leaders.

“You’re elected executive to lead, it’s incumbent on the president to put a plan out there. You can’t wait for members of the Legislature to lead.  They do lead at time, but usually they are not the first ones.” 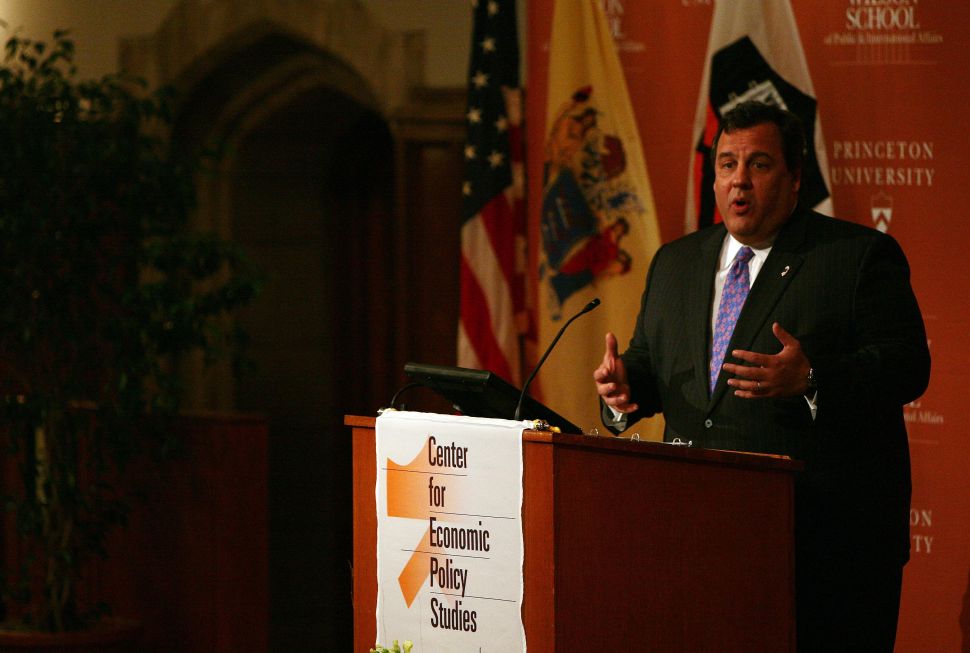