Dan Frommer has launched a new venture, and let’s just start with the name, SplatF.

It’s intentionally obtuse and personal, the opposite of Business Insider, which was itself a mainstreaming of Silicon Alley Insider. Mr. Frommer’s father thought the symbol on the Command key of a Macintosh looked like the sound splat. So in a burst of self-referential synesthesia, Mr. Frommer has named the site Command Frommer, or SplatF for short.

SplatF will be a tech site focused on technology with a special emphasis on mobile and Apple. In that sense Frommer seems to have a clear model in mind, John Gruber of Daring Fireball, who Mr. Frommer estimated earns $400,000 a year, a number Mr. Gruber later said was way high. Heck, Gruber could be Fromer’s shaggier, curly haired cousin.

“Gruber was definitely an inspiration, as was Jason Kottke,” says Mr. Frommer. “I’ve been covering digital publishing and online advertising for years now. There is no better way to see if self-publishing is a viable model than experimenting with it myself.”

Right off the bat Frommer, who’s industry contacts run deep, ceded some of the editorial voice on the site to Brightcove, which talked about its App Cloud platform for building mobile apps and touch websites in a sponsored post.

Right now the site is pretty bare bones. It has a twitter account, but no Twitter or Facebook or Google +1 button. It doesn’t seem to have any comment functionality. “You read the VC blogs I do, if your first product isn’t a joke, you waited to long,” says Frommer. “This is kind of like a public beta that will force me to start writing posts.”

Mr. Frommer just hit the four year mark at Silicon Alley Insider, where he was a founding writer, so his options have vested. Of course, SAI shares aren’t moving on Second Market quite like Facebook, so Frommer certainly hasn’t hit the level of FU money just yet, and doesn’t seem to have financial reward as his main motivation. “My goal is not to start next SAI, but who knows. I’m at the point in my life where, married, no mortage, no kids, my parents are healthy, now is the time to try building something on my own.”

While he is still technically an employee of Business Insider and plans to do some special project work, Mr. Frommer has plans for a cooking focused content site, a tech business that involves no editorial and hopes to review a few iPhone or iPad apps with his father, an old school Mac fanboy who inspired both the site’s name and creation. 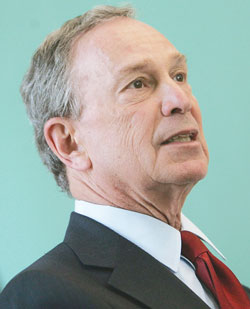