TRENTON – After wrapping up another Senate session in which the Democrats failed to override any of Gov. Chris Christie’s line item vetoes , Senate President Steve Sweeney said today was “an unbelievably cruel day for people living in urban areas.”

He described the lack of support from the Republicans as “despicable and rotten.”

In particular, the Democrats failed to garner enough support to override a line item veto that would have restored transitional aid funds to $149 million. It will remain at a relatively anemic $10 million.

Another resolution that failed to win over any GOP members was one that would have restored $50 million in public safety funds to put more police officers on the streets.

The results, Sweeney said, will continue to be a terrible quality of life.

“These people are getting shot,” he said. “Cities are burning.”

“This is just wrong,” he said. “When it comes to public safety, there needs to be some exemptions here.”

Sen. Ronald Rice, (D-28), of Newark, said Gov. Chris Christie should visit the cities to get a slice-of-life perspective.

He said the Republicans should take an independent stance.

“Too many of them don’t have the fortitude to stand up to the governor,” he said.

“The terminology was horrible,” Rice said. “I think he has an issue with poor people.” 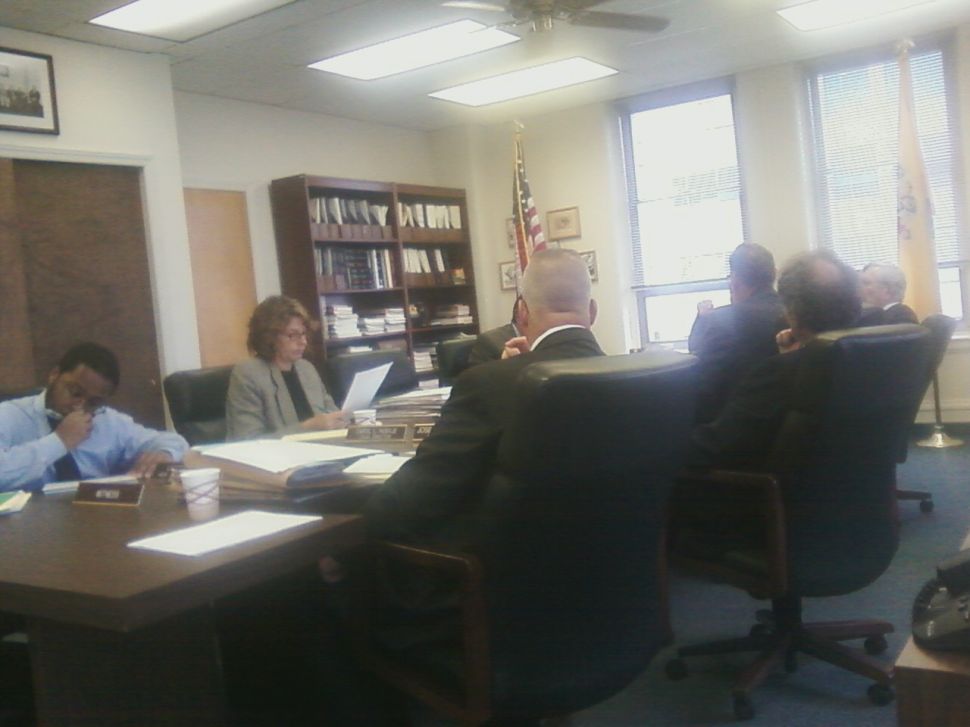