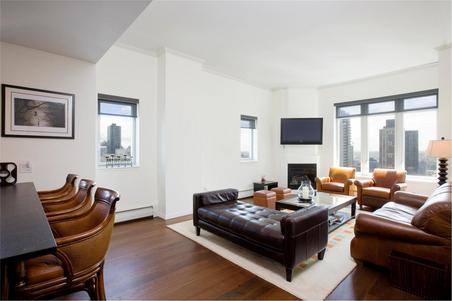 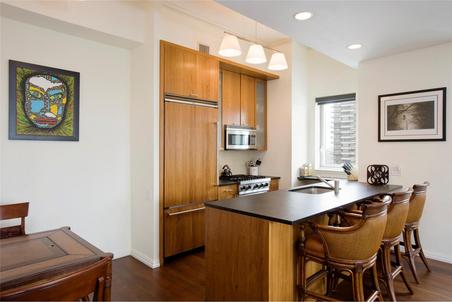 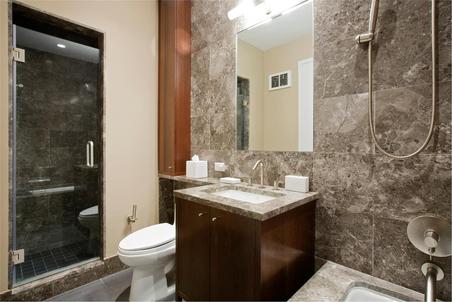 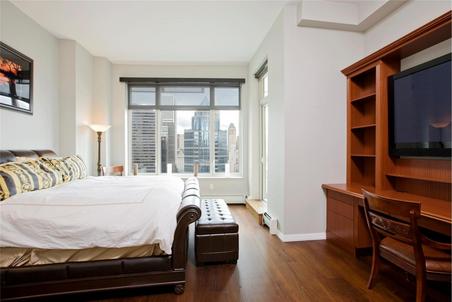 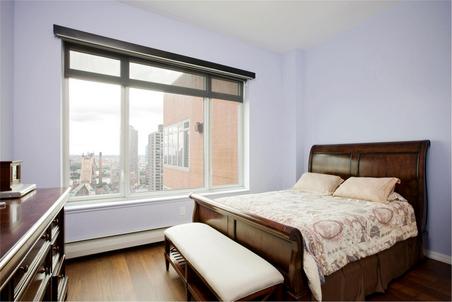 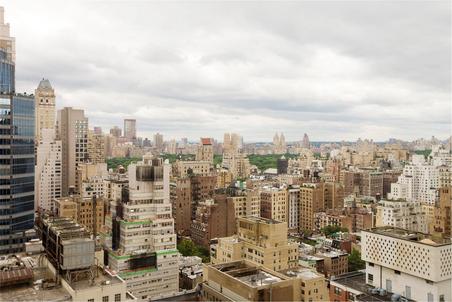 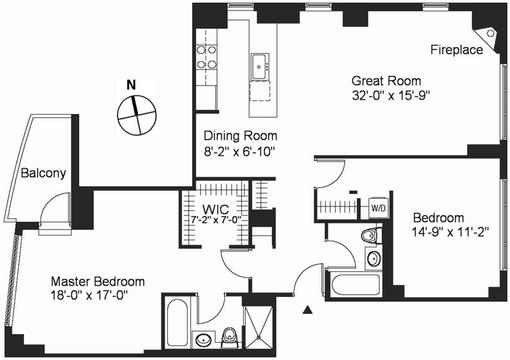 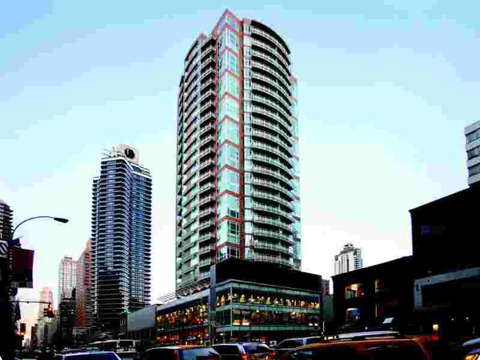 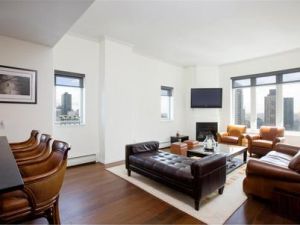 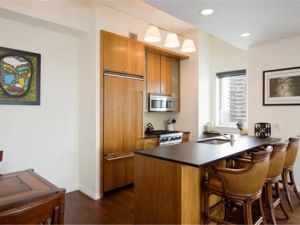 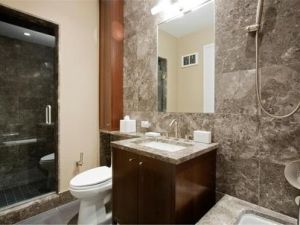 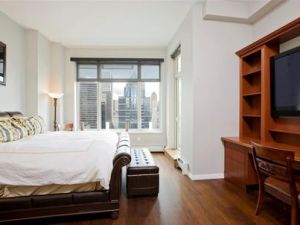 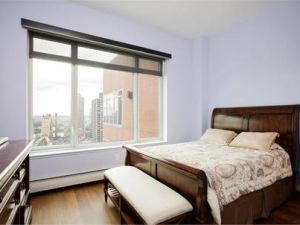 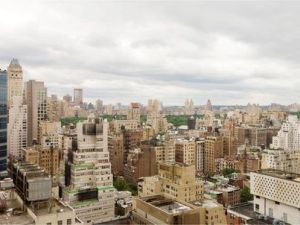 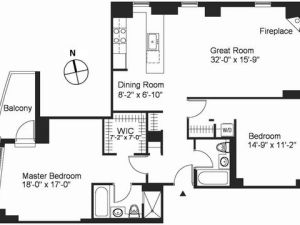 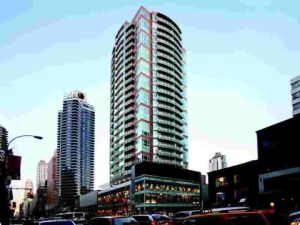 You would never guess it from the warm woods and guest bedroom painted periwinkle, but this East 59th Street aerie once belonged to one of the most feared men in professional hockey.

In the fall of 2005, Darius Kasparaitis returned to the ice for his third season as a New York Ranger and decided it was time to buy a home. The lockout had just ended and he shared the captaincy with fellow former Penguin Jaromir Jagr as well as Steve Rucchin. The following January, none other than Keith Gessen called him “the Rangers’ superthug” in New York magazine. It was a good time to be Darius Kasparaitis, especially after he closed on a loft-like two-bedroom condo on the 26th floor of 205 East 59th Street that July.

(Do excuse The Observer this extended revery—this reporter happened to come of age watching the body-checking ballet of Mr. Kasparaitis as a whelp in Pittsburgh.)

According to Victoria Shtainer, the dangerous defenseman’s Douglas Elliman broker, Mr. Kasparaitis chose the location because it afforded him easy access to the 59th Street Bridge—and the Westchester training facilities and Long Island airports he frequented just beyond as a Ranger—and Central Park, “where he liked to do his cardio.” The 1,314-square-foot home enjoyed views of both. “It was right below the penthouse, so it has close to 14-foot ceilings and just great views,” Ms. Shtainer told The Observer.

Yet 2006 may not have been the best time for Mr. Kasparaitis to buy his home. Not only was the real estate market frothing, but the following season would be his last as a Ranger, as he was demoted to Hartford—Hartford!—after a slow, injury-plagued start. Three years later, in June 2009, with the market rumpled, as if being laid out on the ice by one of Mr. Kasparaitis’ signature checks into the glass, he put his home on the market for $2.595 million.

Two years and two price cuts later, to $2.095 million, the home has finally sold. According to city records, three children of the clan Haffesse are the buyers. Ms. Shtainer said the purchase was made by their father, a Beverly Hills businessman.

The family was actually attracted by the one feature that had hamstrung the sale—it had a tenant in place until this October. “Instead of 100 interested parties, you had about 10, but for them, it was the perfect arrangement,” said Ms. Shtainer, who co-brokered the property with fellow Elliman agents Joyce Bernstein and Ralph Modica. Irene Simon, also of Douglas Elliman, represented the buyer.

While Mr. Kasparaitis is more used to winning, the sale, like his elusive quest to hoist the Stanley Cup, came up short. He bought the home for $2.14 million but it sold for $1.95 million. To put that six-figure loss in perspective, the Rangers signed the defenseman for $25.5 million way back when. And he is not alone, as Sean Avery also took a hit when he sold his Chelsea condo in January.

As for Ms. Shtainer, the sale is bittersweet. She had grown friendly with Mr. Kasparaitis over the years, having been mistaken for his wife when she was first showing him around town—their almost identical blond locks could not have hindered this misimpression. Her son plays on the Tier 2 travel team out of Chelsea Piers now, thanks to Mr. Kasparaitis’ encouragement. There is a commission check bearing a signature maybe worth as much as the money in the box, but, as Ms. Shtainer said, “I will miss him. This was his last tie to New York.”

On the deed, Mr. Kasparaitis lists an address on Sunny Isles Boulevard in Miami, about as far from Elektrėnai, Lithuania, as a fearless kid on skates could ever hope to get.