Back from vacation this week, 13th Redistricting Commissioner-elect John Farmer Jr. said he was surprised to learn he was the consensus choice of the six Democratic and six Republican commissioners.

“As of the time of your e mail, I had been approached by both parties, and had persuaded myself that this would be a worthy project, but I did not know that there was a consensus candidate or that I was that person,” said Farmer, dean of the Rutgers University Law School and a former state Attorney General.

“I believed that I would be on a list submitted to the Supreme Court,” he added, “so I was a bit surprised to learn of the consensus.”

The Congressional Redistricting Commission has until Wednesday to certify its vote to Secretary of State Kim Guadagno, and then until Sept. 7 to organize.

“In the interim, we will be working out logistics like budgeting, staffing, etc.,” said Farmer, who served as counsel to legislative redistricting commission 11th member Alan Rosenthal earlier this year. 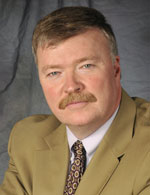