Garrett’s aggressive fundraising comes at the brink of congressional redistricting and a New Jersey population down-drift statewide that will cause the elimination of one of the state’s 13 congressional seats.

A compromise could force Pascrell or Rothman against Frelinghuysen or Garrett. 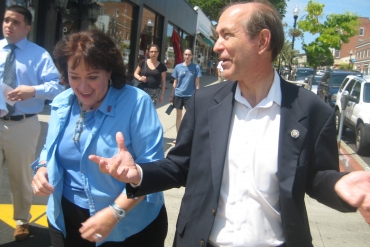